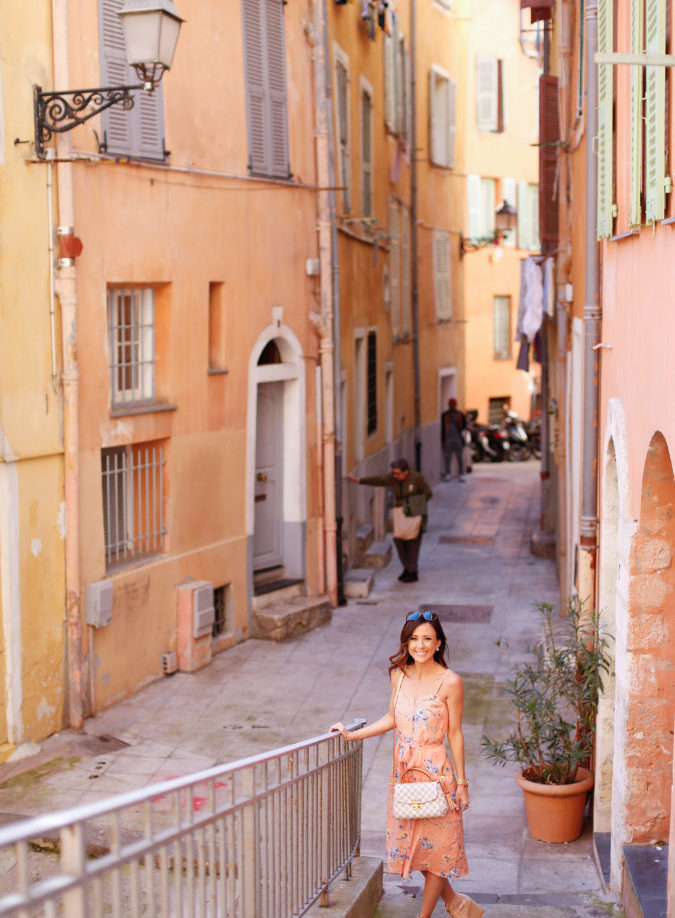 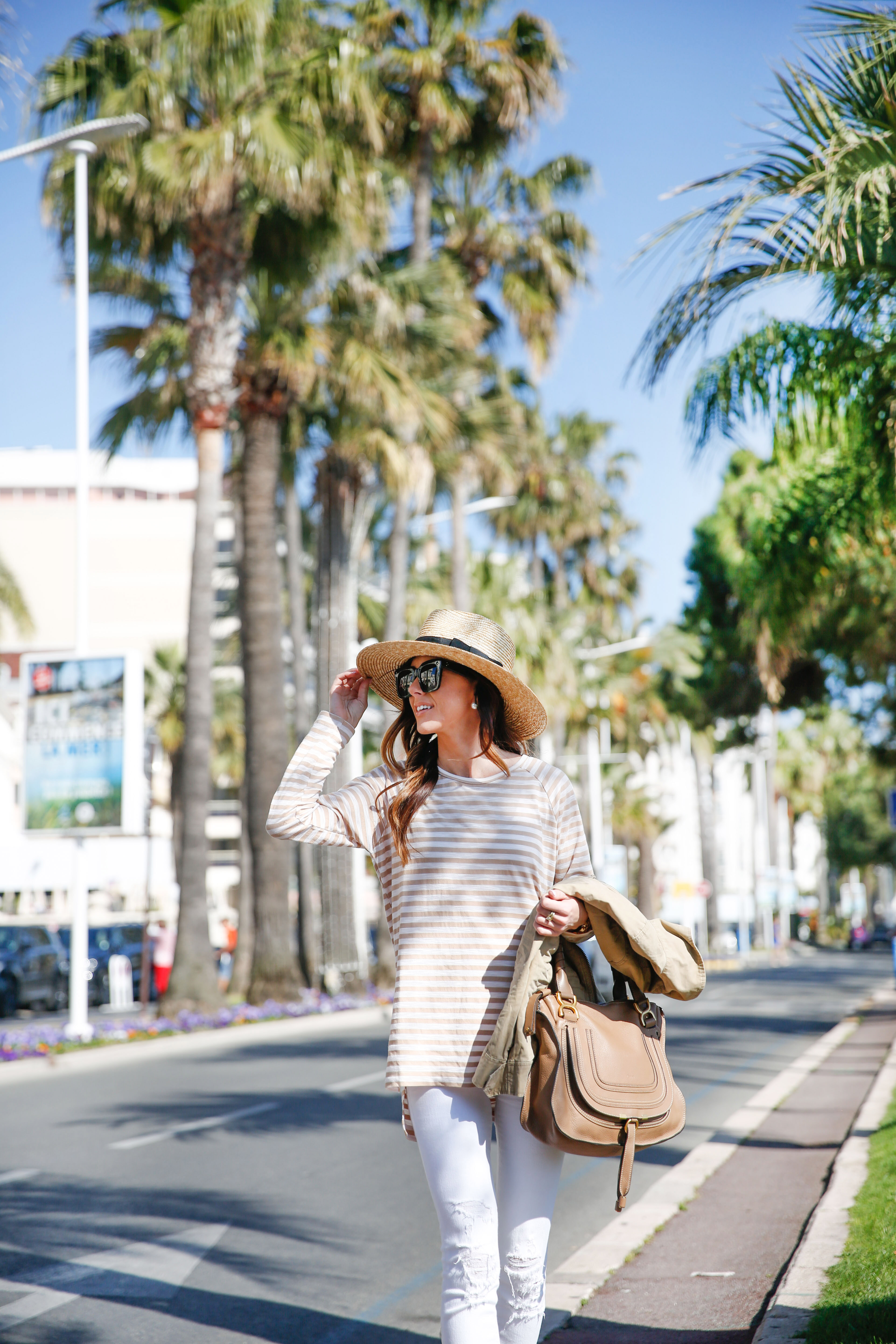 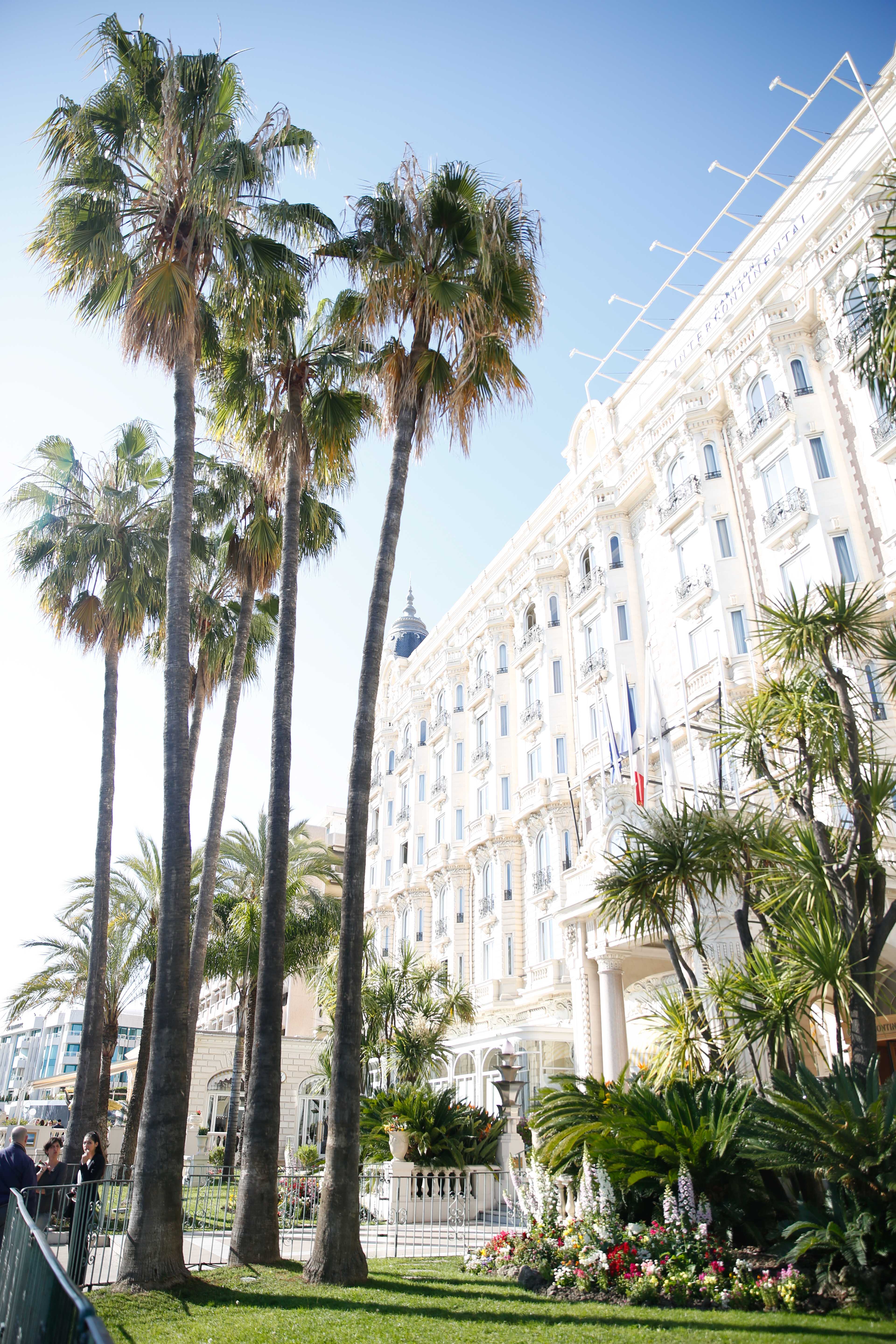 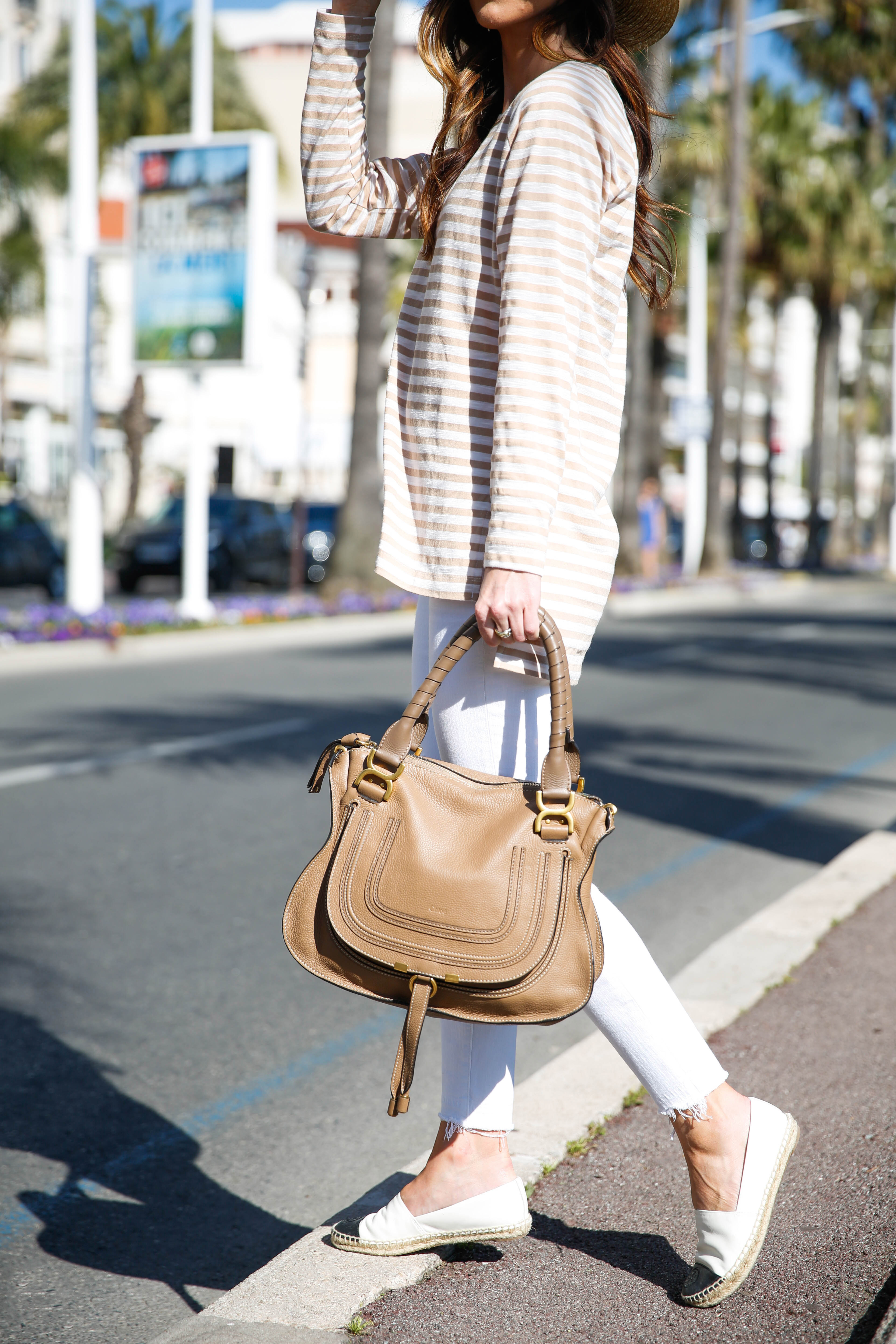 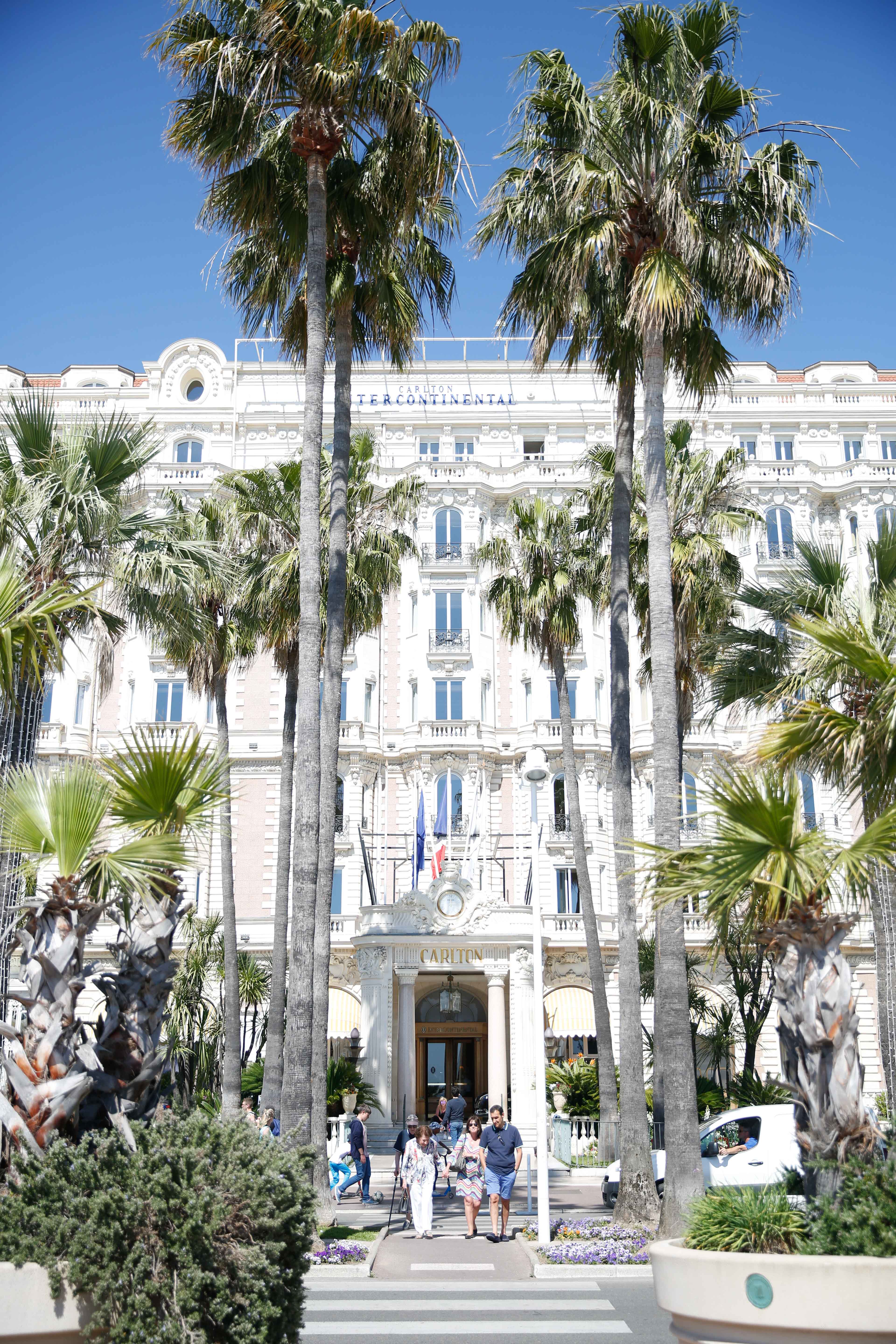 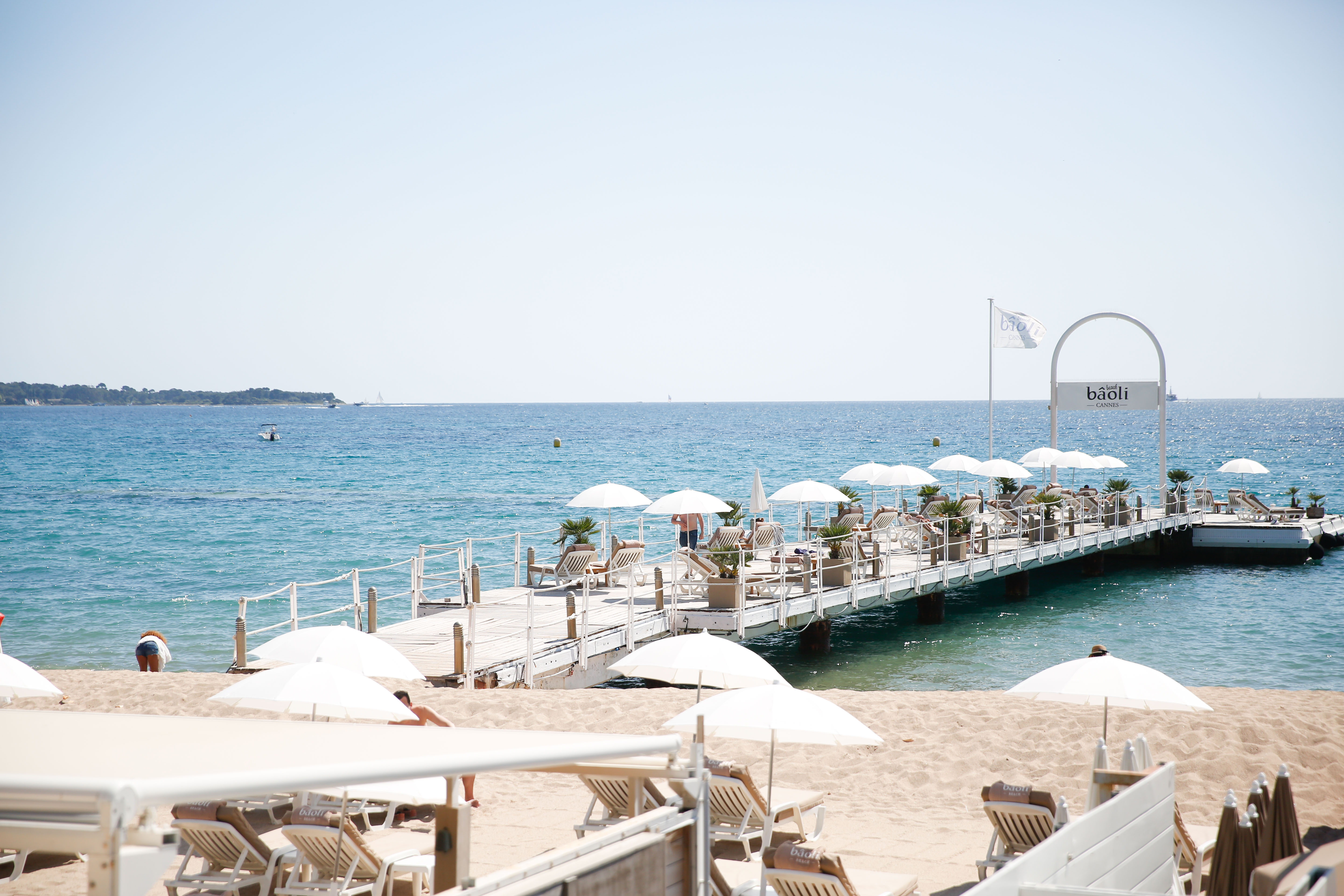 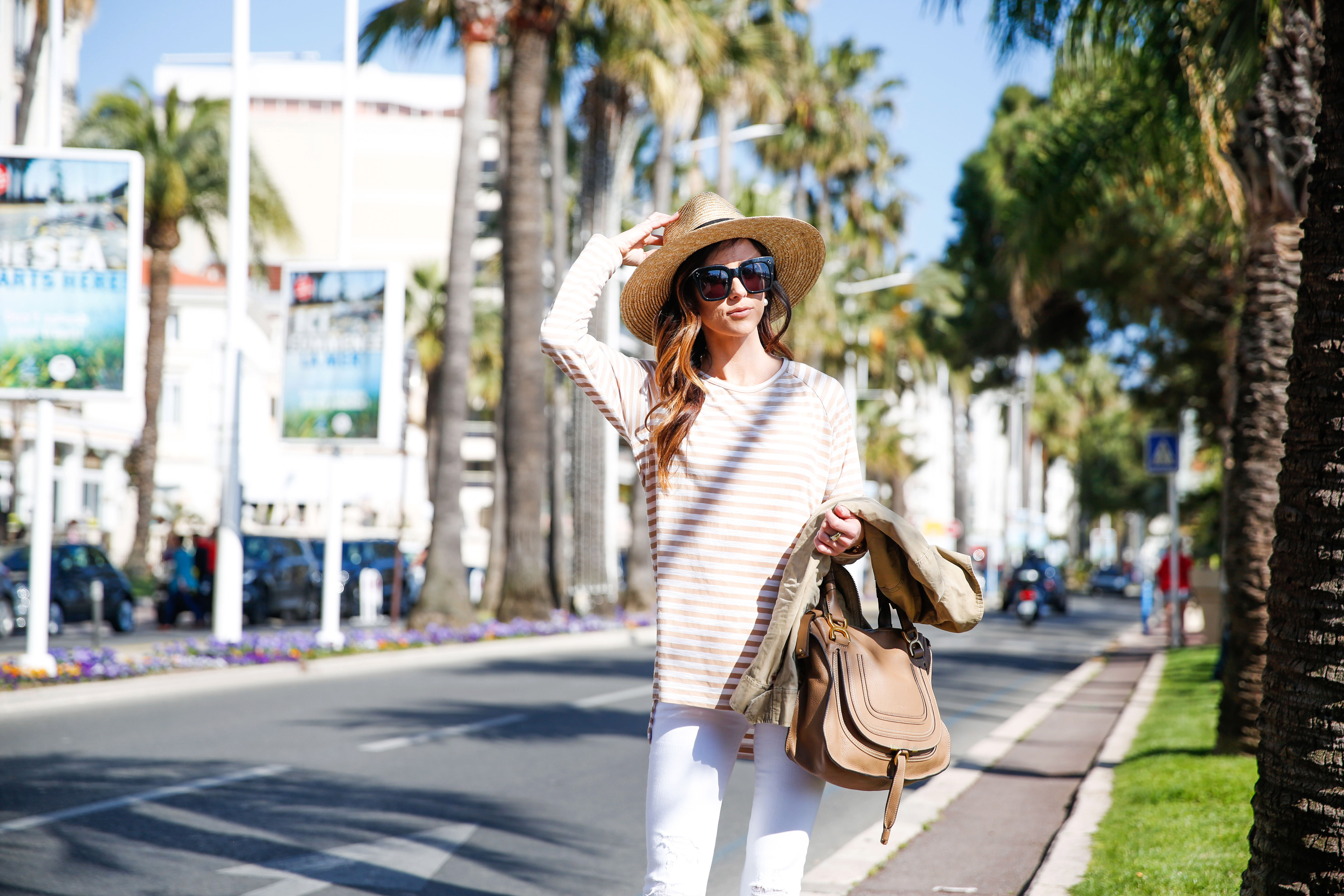 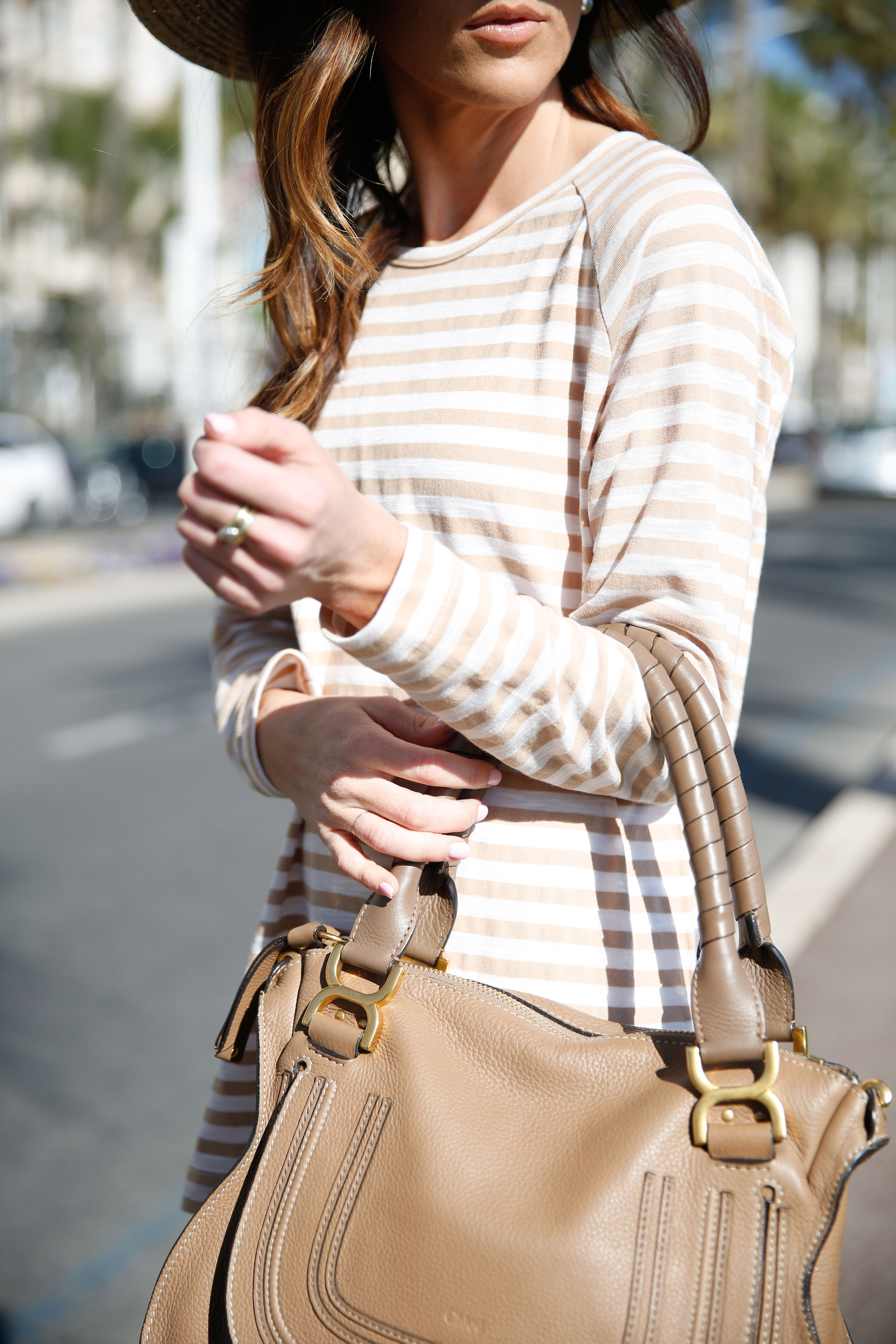 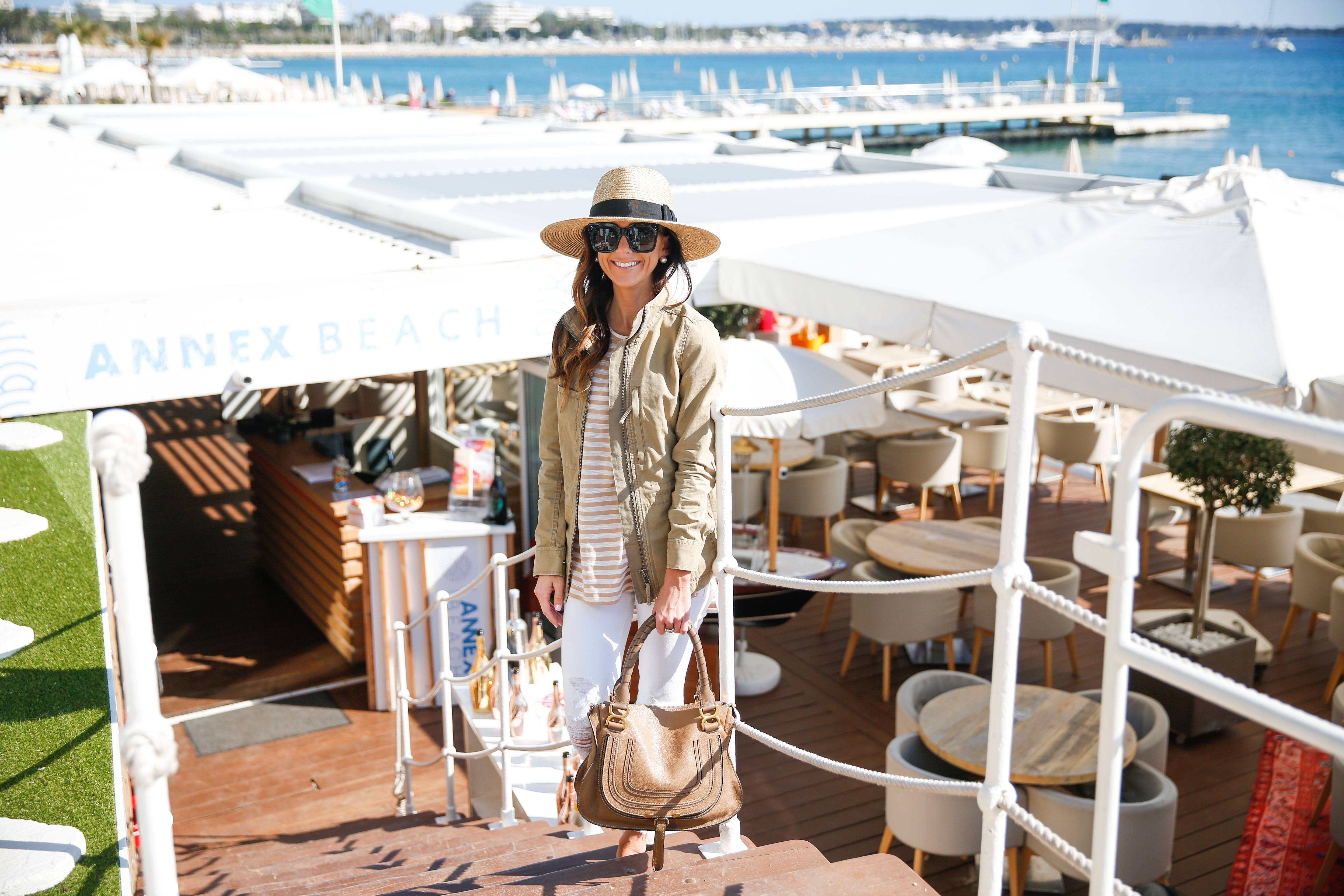 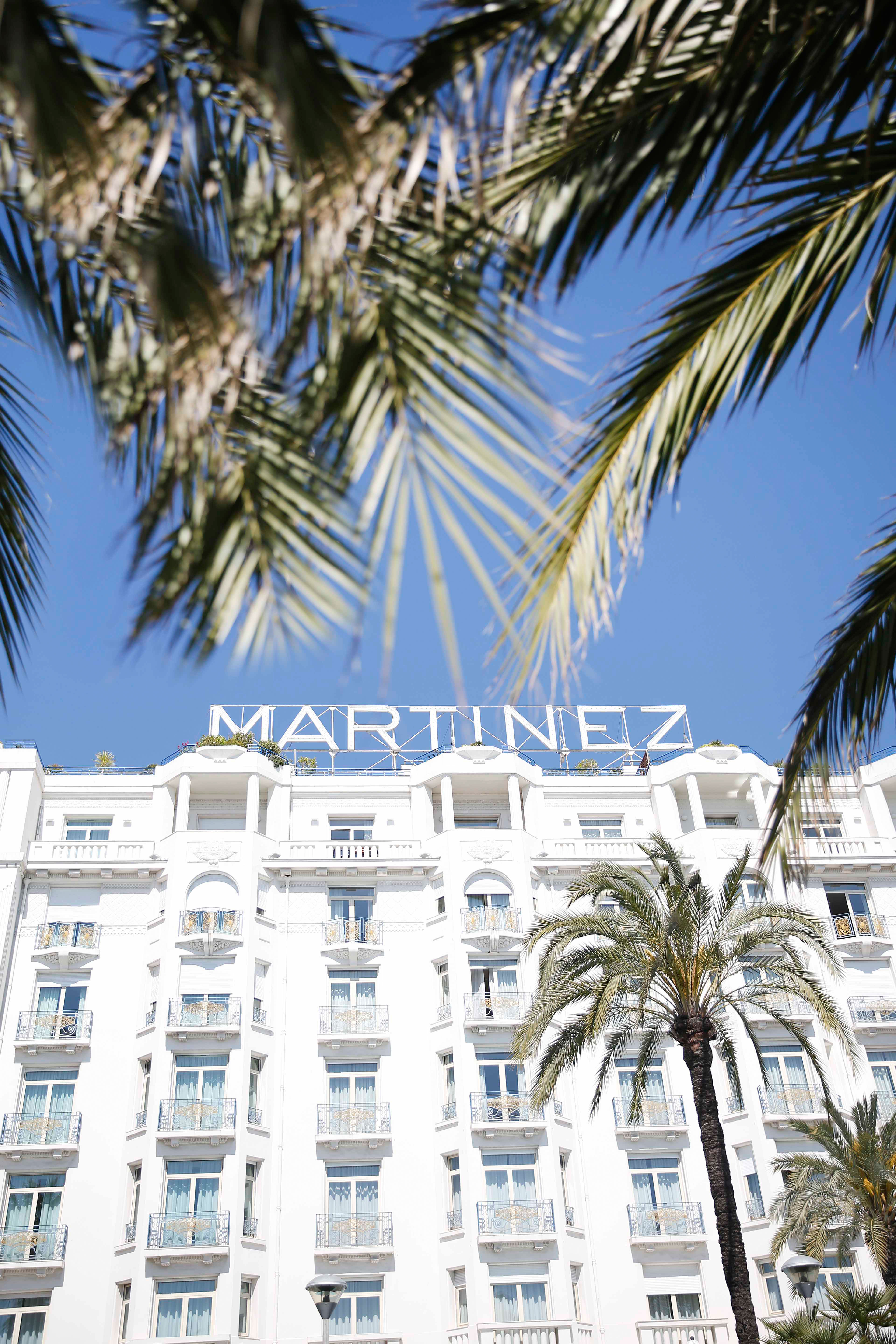 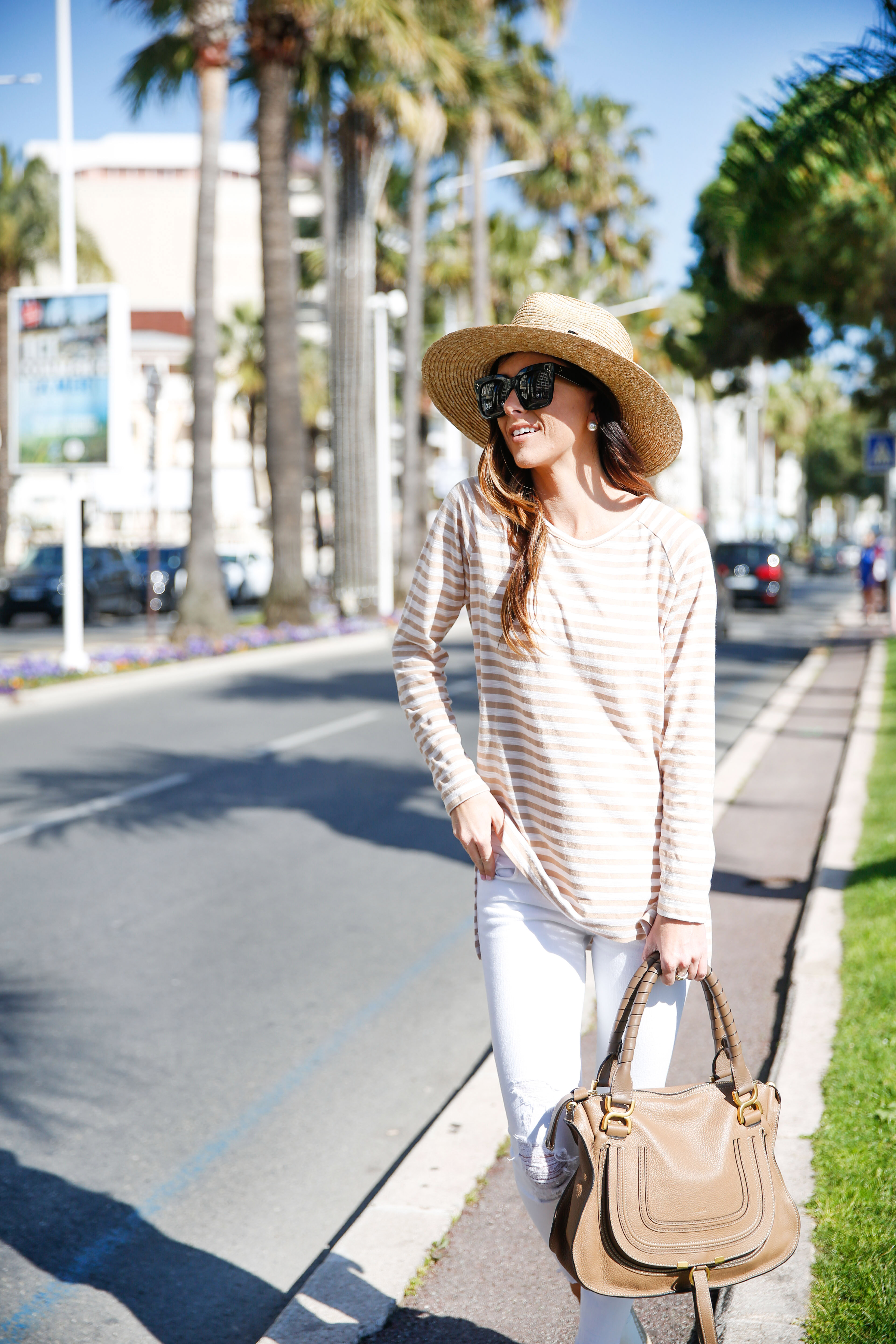 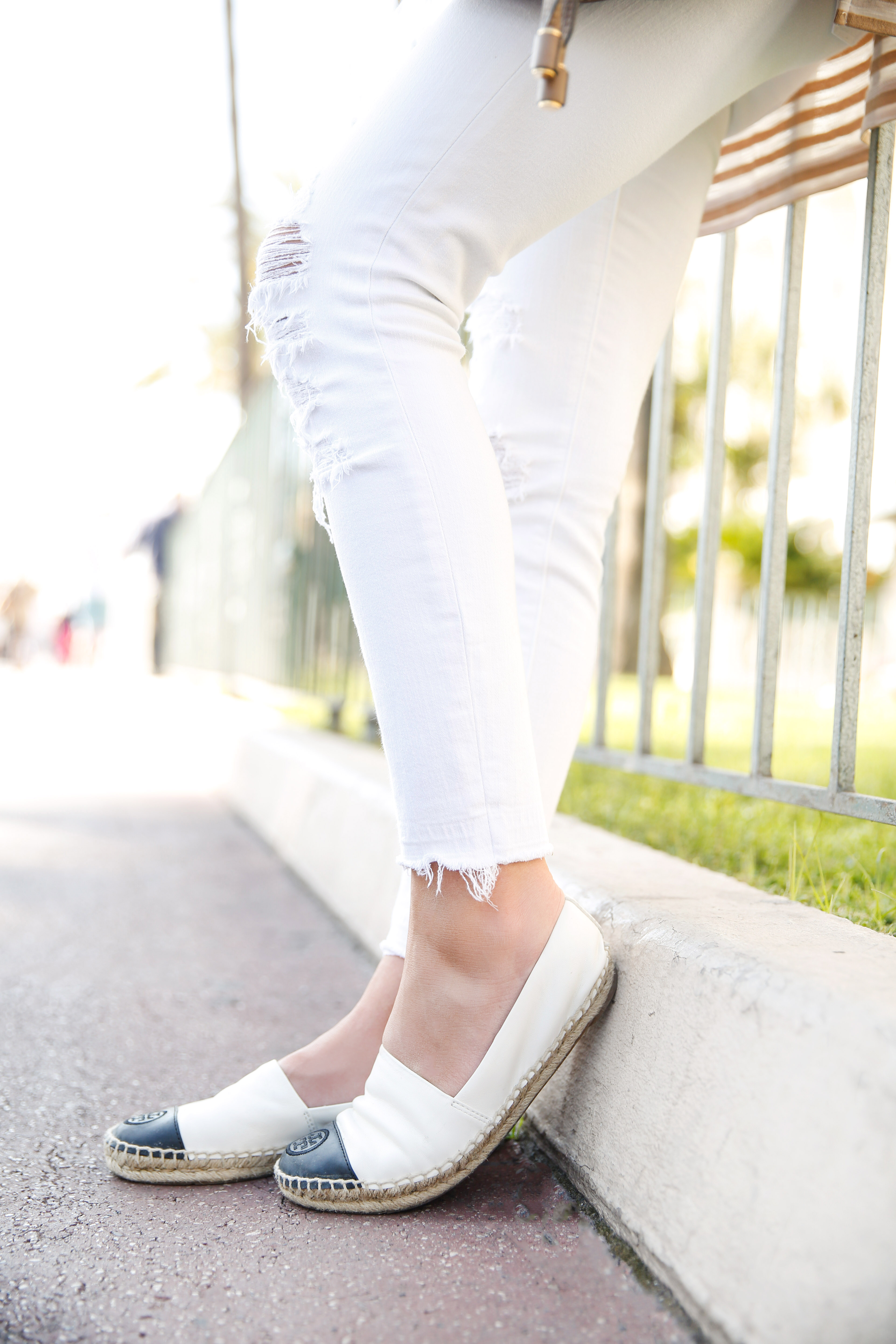 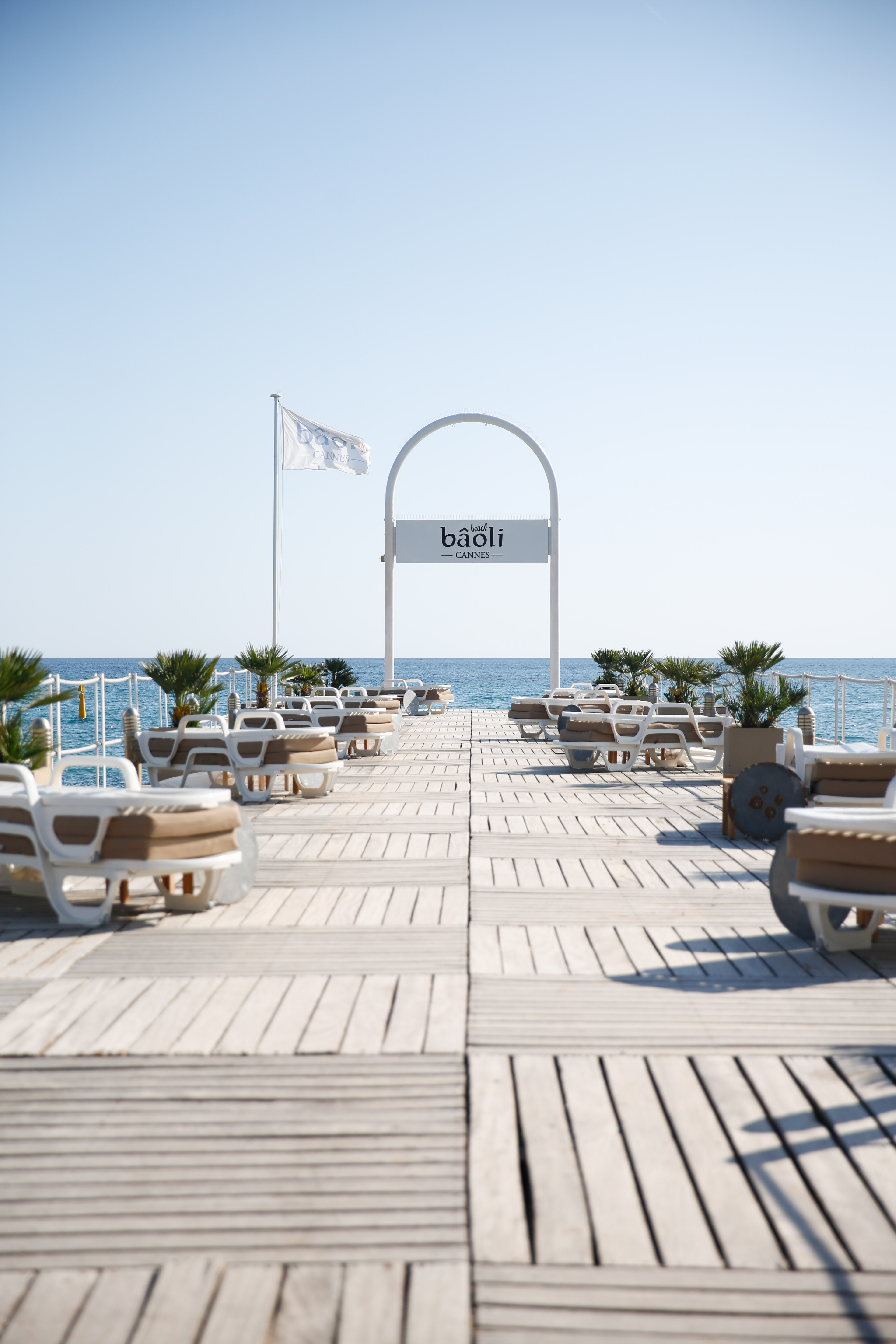 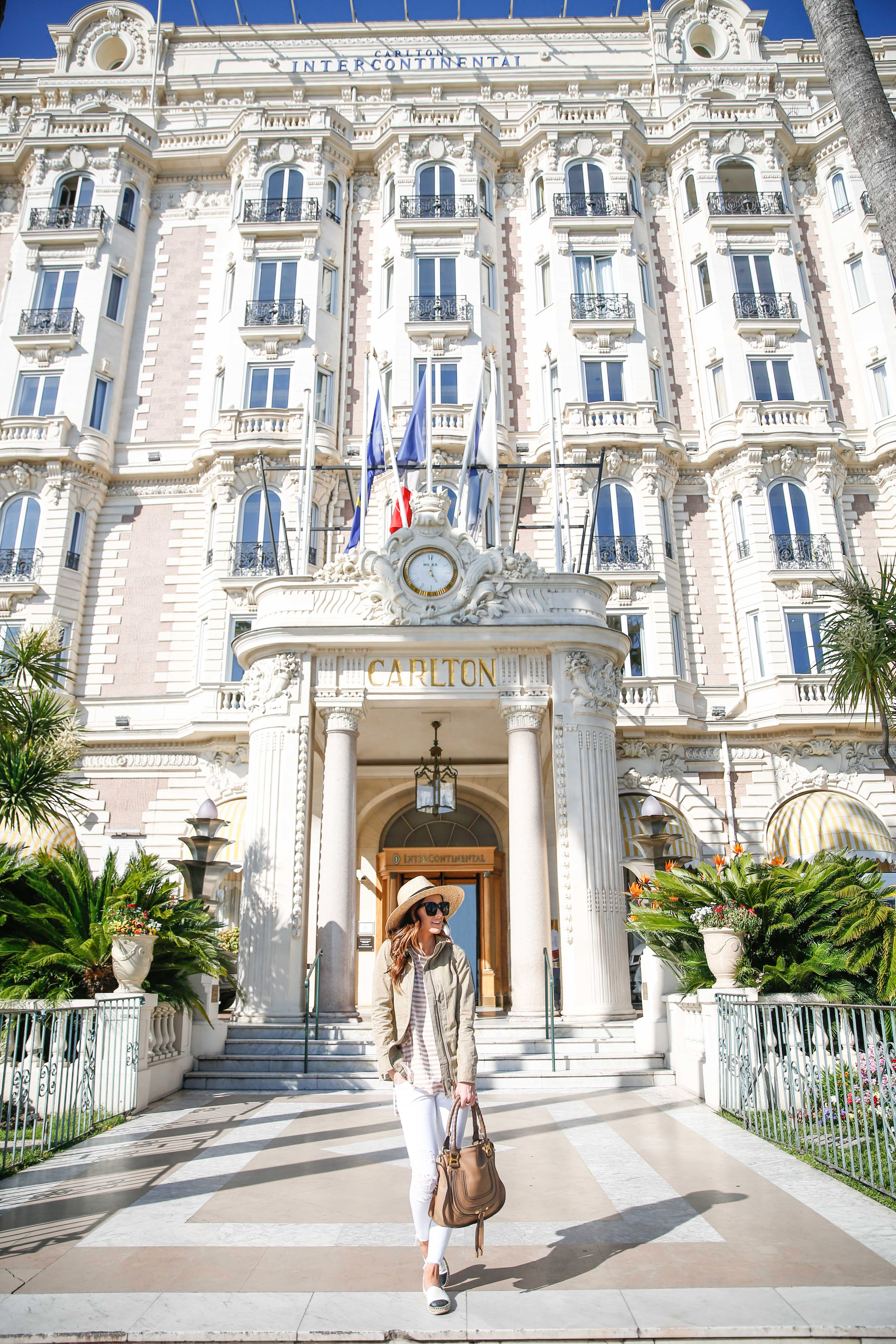 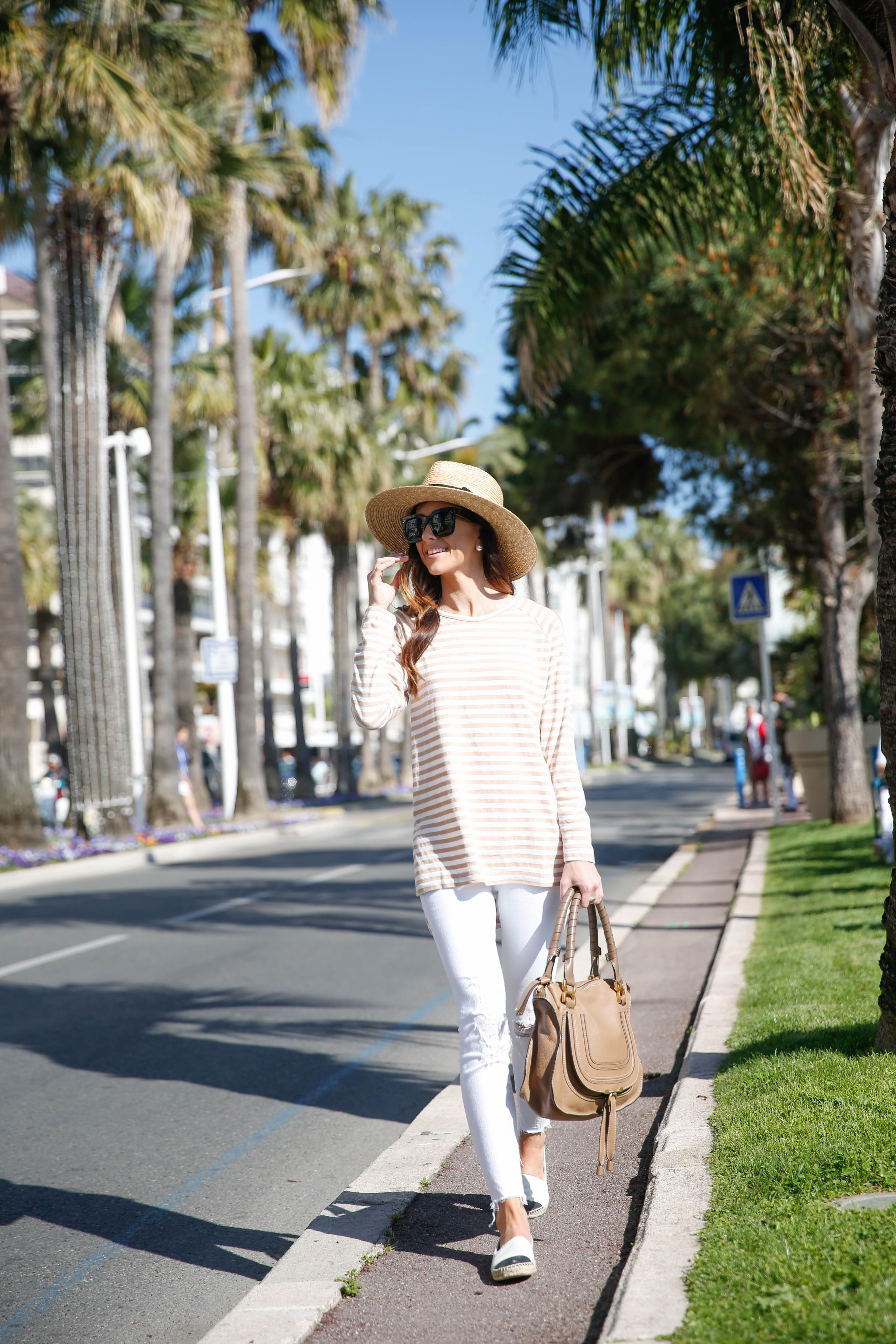 While we were in Nice, we decided to take a quick 30-minute train ride a little further south and west to Cannes. If you are a pop culture lover, you may have heard of the Cannes Film Festival, which is held here every year in May. This year’s festival actually began yesterday! It’s a star-studded event and really wakes up this otherwise sleepy beach town [well, except in the summer … then it’s a party town] that is along the French Riviera. Victoria and I were really torn as to whether we should go here or another neighboring city like Antibes, Monte Carlo [which is in another country, a tiny one, called Monaco] or even a small village called Eze, that many recommended. But, because I read People Magazine and Us Weekly on the reg and I’ve seen pictures from the Cannes Film Festival every year … I was like, I have to go and check it out!

To be honest, it wasn’t really all that impressive to me. It reminds me of a smaller, less impressive Miami or hoity-toity coastal town with lots of yachts floating around. We walked around, along the water, and through the shops. We saw Gucci, Prada, Louis Vuitton, Salvatore Ferragamo, etc. etc. etc. After that, we were like ‘okay … it’s not really something you wouldn’t see in any other large European city … what else?’ We ventured down to a restaurant on the beach that looked adorable and decided to have some lunch. It was called Annex Beach, which was delicious. I got the gnocchi and Victoria got the beef tartare. We were told that this place and the next beach stop we made, Baoli, were both pretty crazy at night. They’re all restaurants and night clubs so when the summer hits, there’s loud music and dance parties all night. The server at Baoli who serves us our ‘sun downer’ cocktails said he’s served Brad Pitt, George Clooney, Wiz Khalifa, Ben Stiller, and many other celebrities since he’s worked there. I thought that was pretty cool … that I could literally be sitting where Brad Pitt has sat, or looked out at the same view, but I was surely not impressed by my glass of wine enough to be happy about my 25 Euro bill. Ha!

Anyway, it was a cool little half a day trip. I wish I would looked up WHERE the festival takes place. We didn’t even think about it until we were going to get our train tickets to head back! Oh well … next time! I still have lots of the French Riviera I want to see so I hope to be back one day! 😉

This outfit was perfect for this particular day. I know it might not be what y’all are looking for at this moment because summer is on it’s way but it’s full of some good basics to stock up on now like this striped top and utility jacket. I’m wearing an XXS in the utility jacket and it fits perfect. Go one size down from your normal size and it should fit you fine, as well! And, as you can probably tell from a lot of my photos … this hat is THE BEST hat ever! Hah! I wore it so much on my trip and it will definitely be going on my next one with me!

Tomorrow, my hope is that I’ll have a French Riviera packing guide up for y’all! This area is the playground for the world’s richest of the rich so my aim will be to incorporate some great pieces that will help you look the part without feeling like you’re wallet has to REALLY take a hit to achieve it 😉 It’ll be a good mix of stuff for everyone! [I say I hope because I have an afternoon FULL of appointments tomorrow that I needed to get done before I go. I also need to get the pups to their dog sitter as well as pack and I told my friend we would do a dinner catch-up sesh before I leave … so fingers crossed! We will see! Just being honest with y’all!] Have an amazing day! We’re almost to the weekend! Thanks for stopping by! xo.