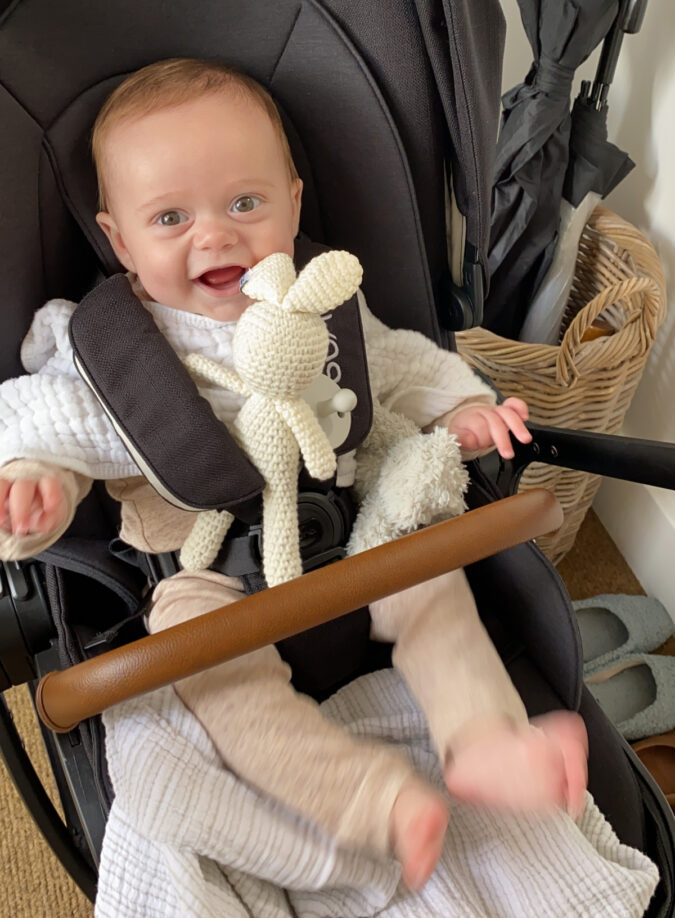 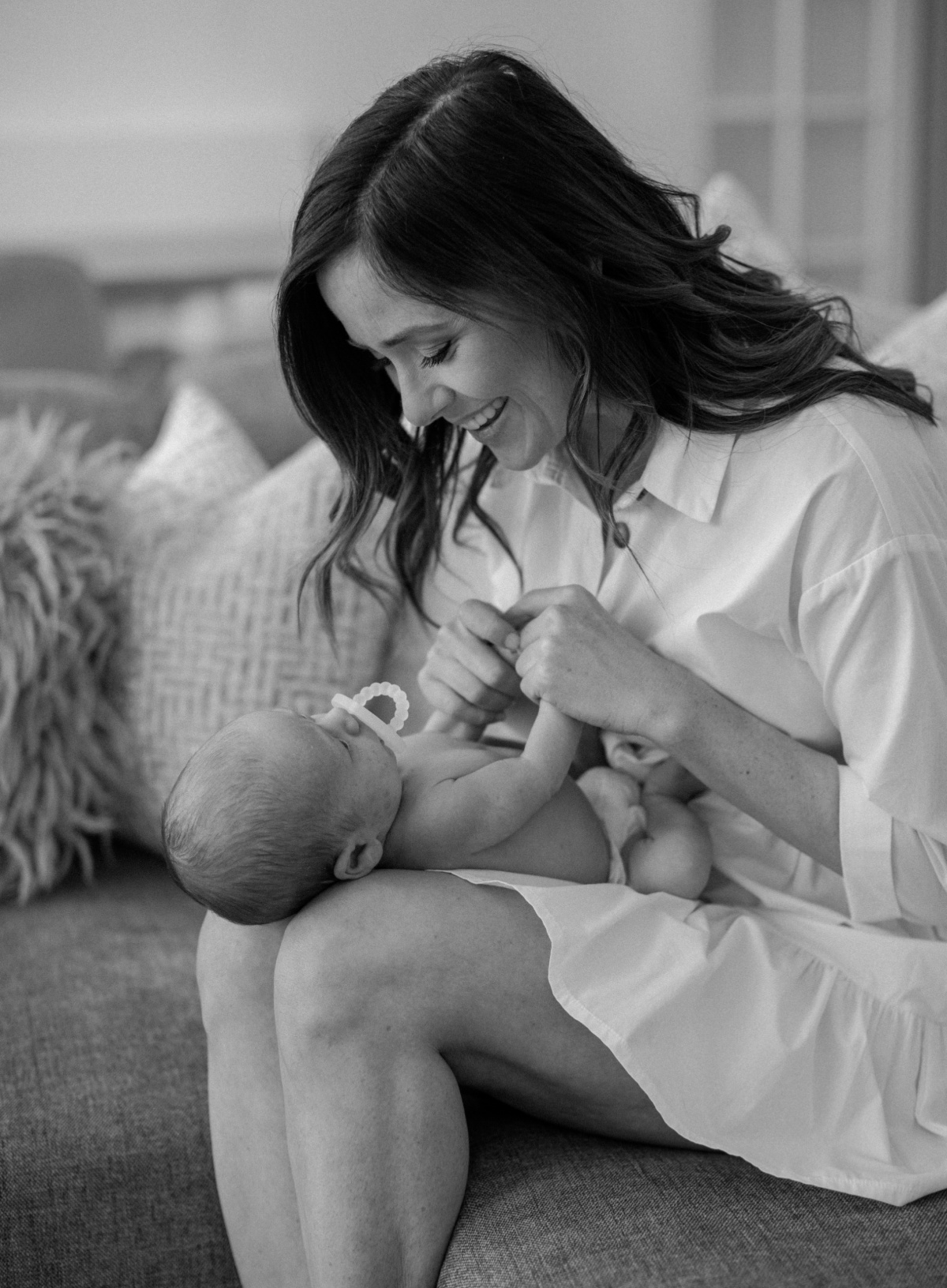 Hello hello, friends! The little honey that made me a Mummy turned ONE on Tuesday and I am still unwell over it. I did not expect it was going to be as emotional as it was. You don’t realize the weight this big milestone carries until it’s actually upon you and you’re forced to sit with not only how vastly different they are from the day they arrived but how vastly different you are, as well. Even though I can confidently say that nothing has ever come more naturally to me than being a mother to Louie, this first year has challenged me greatly. I’ve learned a lot and, while I am still learning, I thought, in the spirit of reaching this milestone, I’d share five takeaways from my first year of motherhood. I’m far from perfect but I know I am a better Mummy for realizing these things. 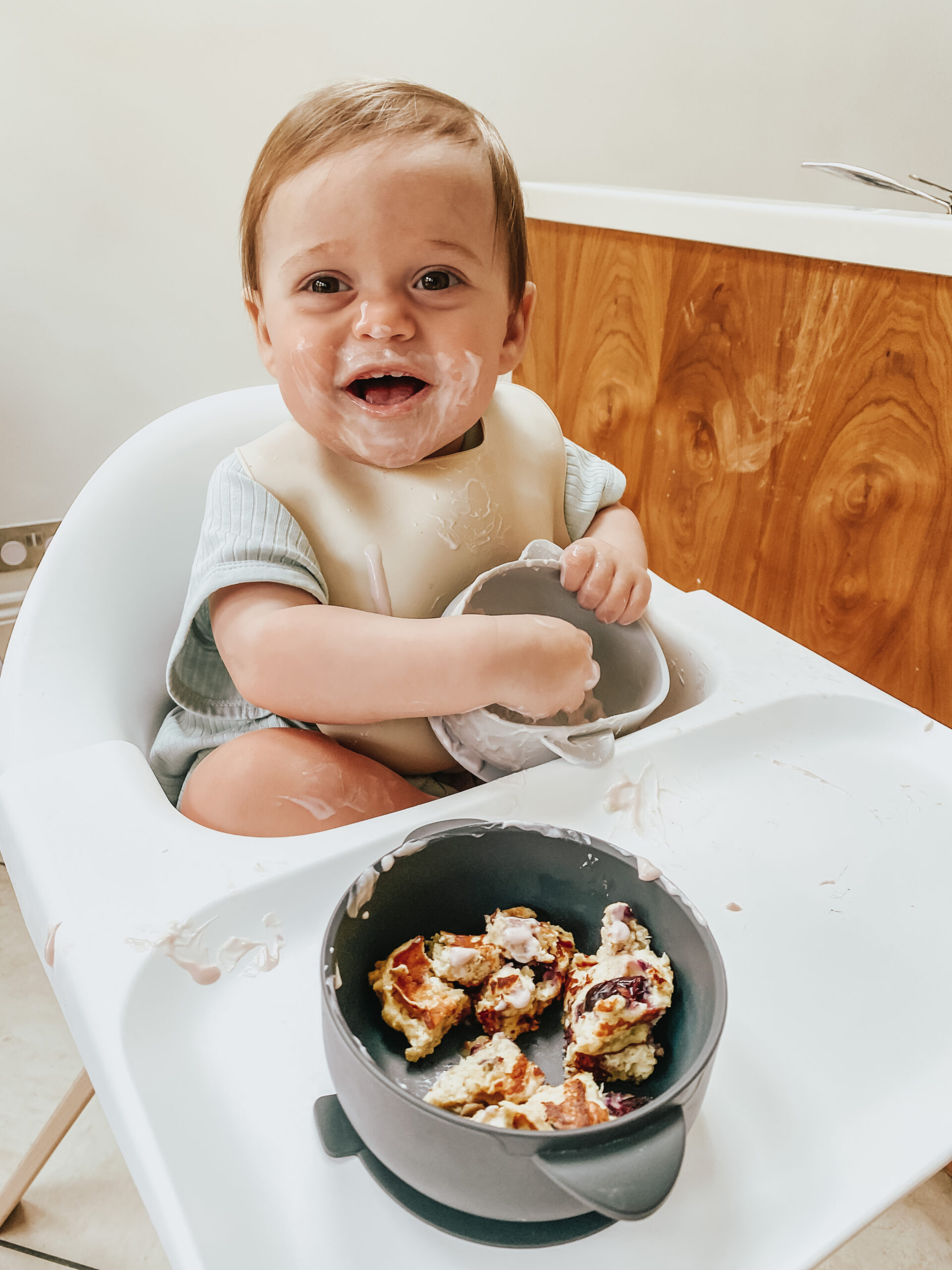 It will do you good to relinquish two things: control & perfection

I am self-aware enough to admit that I have a need for control. I’m also a perfectionist. A winning combination as a mother, let me tell you.

These were the two qualities of mine that made being a nurse quite difficult back in the day. You couldn’t just know what needed to get done, go down the list, tick each one off and then clock out. No. You were on a battlefield. Getting those things done while curveballs were being thrown your way all day long was hard. Not impossible but hard. And that’s how I’ve found motherhood.

When you have control and perfectionism driving the ship, you’re bound to be negatively affected mentally and emotionally. And, the reality is babies [and kids] feed off of your energy so, even though I’m an advocate for expressing your emotions, it’s important to, where you can, curb those things that could lead to the expression of unhealthy behavior. Control and perfection are two such things.

It’s only been through really working on relinquishing control and perfection that I have been able to just enjoy the ride because dealing with babies [just like dealing with adults with medical ailments] just is full of unpredictability and always will be. So, I do my best to plan ahead where I can [pack the diaper bag the night before knowing we are leaving the next morning to go out, etc] to allow for delays and ‘inconveniences’ but, by and large, I try to embrace more of a go with the flow sort of mindset. When I actually do, it’s honestly so freeing. And, when it’s hard, I tell myself – I’m only human and I’m doing my best and … best is far better than perfect. 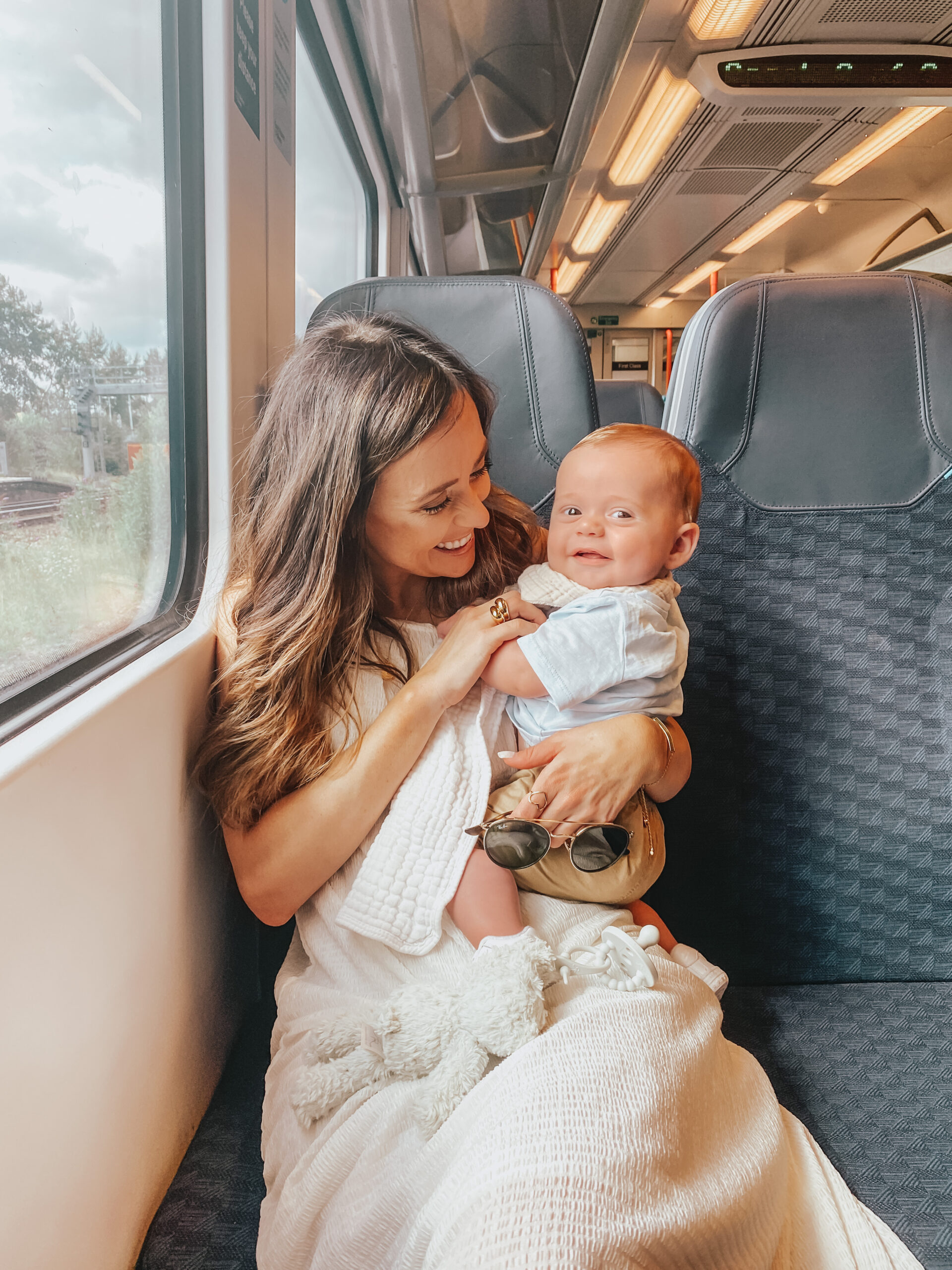 Making time for yourself is vital.

There’s this idea that I think women subconsciously subscribe to that you’re a terrible mother if you put yourself first. Thankfully, I’m seeing another idea being put out there more and more that I certainly hope changes the narrative and that is that there is no shame in honoring your needs as a woman and as a mother. Sometimes, motherhood can feel like too much and we need a break. You’re so busy giving all of you and you give nothing to yourself. I know I was at that point many times during this last year and I can’t explain how life giving it has been to get those breaks when I’ve made my need for them known.

When you have a baby, you sometimes feel like now you’re just a Mom and you’re not who you once were. And, yes, in some ways that’s true but, in others, you’re still you. I love how I’ve evolved as a woman since becoming a mother but I don’t want that one part to completely overtake the other parts of who I am. I believe they can all co-exist without taking any love away from your baby. How you make time for yourself will look different to everyone but, I firmly believe that doing it will make you a more refreshed and better mama! 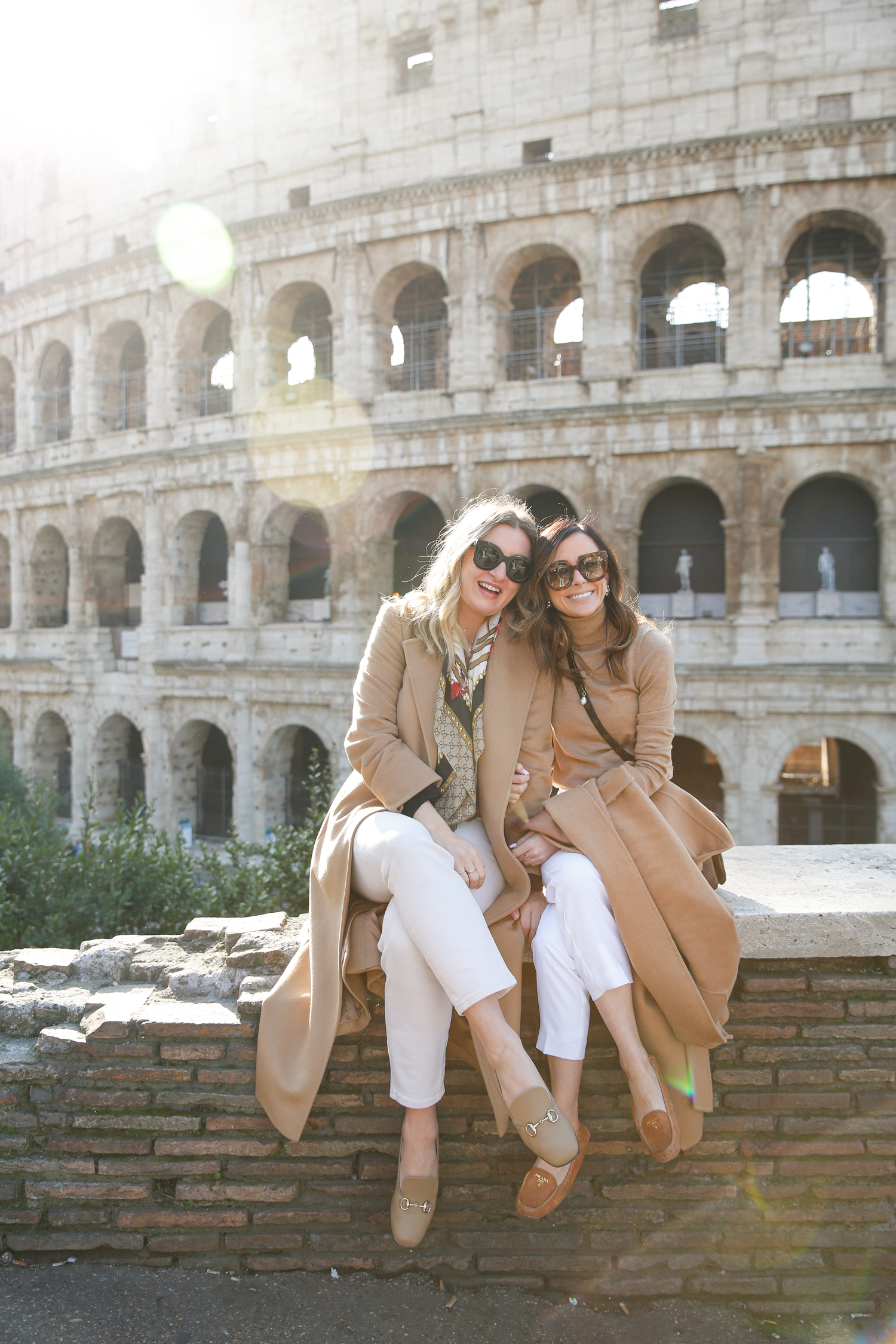 Also, I just have to say … I know what you’re thinking. You’re going to feel guilty if you do something for you … like take a trip, for example. Or you’re afraid your partner won’t be able to handle it. These are other things that we all need to stop subscribing to. Your baby will be absolutely fine without you and your partner will survive. Could it potentially be hard for them? Yes. But, they can do it! And the more they’re challenged to take on their role without you – the more they’ll believe it and be more comfortable in it. We need to normalize households NOT falling apart just because Mom goes away on a trip whether it’s for business or for pleasure. So, let these thoughts go and go enjoy yourself!

Communication with your partner is key.

Before I get into this one, I have to say that this past year has afforded me more respect for single parents than I ever had before. I realize how fortunate it is to have someone to share the role of parenthood with another. I am speaking from experience with this one, as with the others, but just wanted to underline I realize this won’t resonate with everyone.

I’ve always known how important communication is in a relationship but I’ve never understood it to the degree that I do now after this last year. There is so much new that you’re both experiencing as parents and as people that it’s really important to bring how you’re feeling or what you’re struggling with to the table. I feel like I struggled the most when expectations that I had weren’t being met. And, while I realize that not everything is always going to go my way, I felt like part of the reason it was happening was because I wasn’t being open about what those expectations were with John. As a mom, I think sometimes we think we need to do it all but that kept leading to resentment. So, it was important that, before I got overwhelmed or frustrated with John, I told him what I needed help with or what I needed him to take completely off my plate … and vice versa. 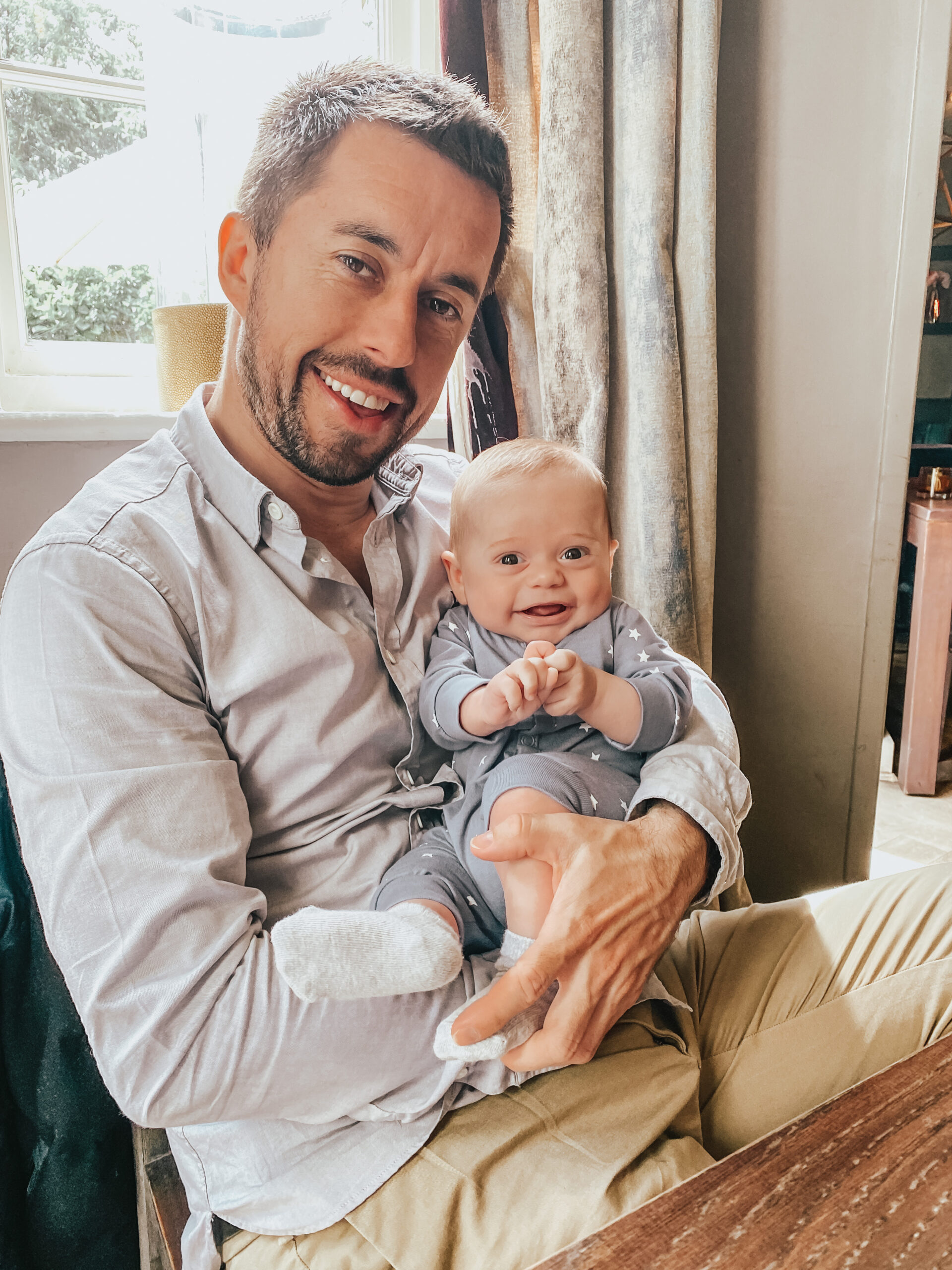 It did take awhile to figure out how to fully get on the same page when it came to managing expectations as well as managing Louie, and we’re still learning, but we’ve found a few things that work for us. We try to talk through the week ahead of Sunday evenings and then, at the end of each day, we go through what the next day looks like for each of us. We’re trying to be even more detailed with that now so we can come up with more solid plans for how to support each other. And, we downloaded Timetree, which is a shared family calendar app, that has allowed us to stay on top of who has what going on that week.

John and I aren’t perfect by any means and we certainly don’t agree on everything ha! But we definitely agree that keeping the lines of communication open is really important, especially when it comes to expectations. Oh, and so is not taking things personally when you’re trying to address how to do things differently. Both of us learned that, as well, hah! Most of the time, it’s not a big enough deal to even sweat it! Just hear it, accept it and move on!

You can’t do it all.

As I mentioned earlier, this idea that we have to do it all is so sickening and unhealthy. This is a time in your life where humility is going to be your best friend. More than ever, you need support around you to help and it’s important to welcome it. If you’re lucky enough to have family close by, lean on them. If you’re able to set aside some money in your budget, hire out groceries to be picked up weekly or a cleaner to come twice a month. You can’t outsource the mental load of a Mom but you can outsource so many other things so, if you can financially, do it! It’ll bring you so much peace of mind and make your home feel more peaceful, as well! 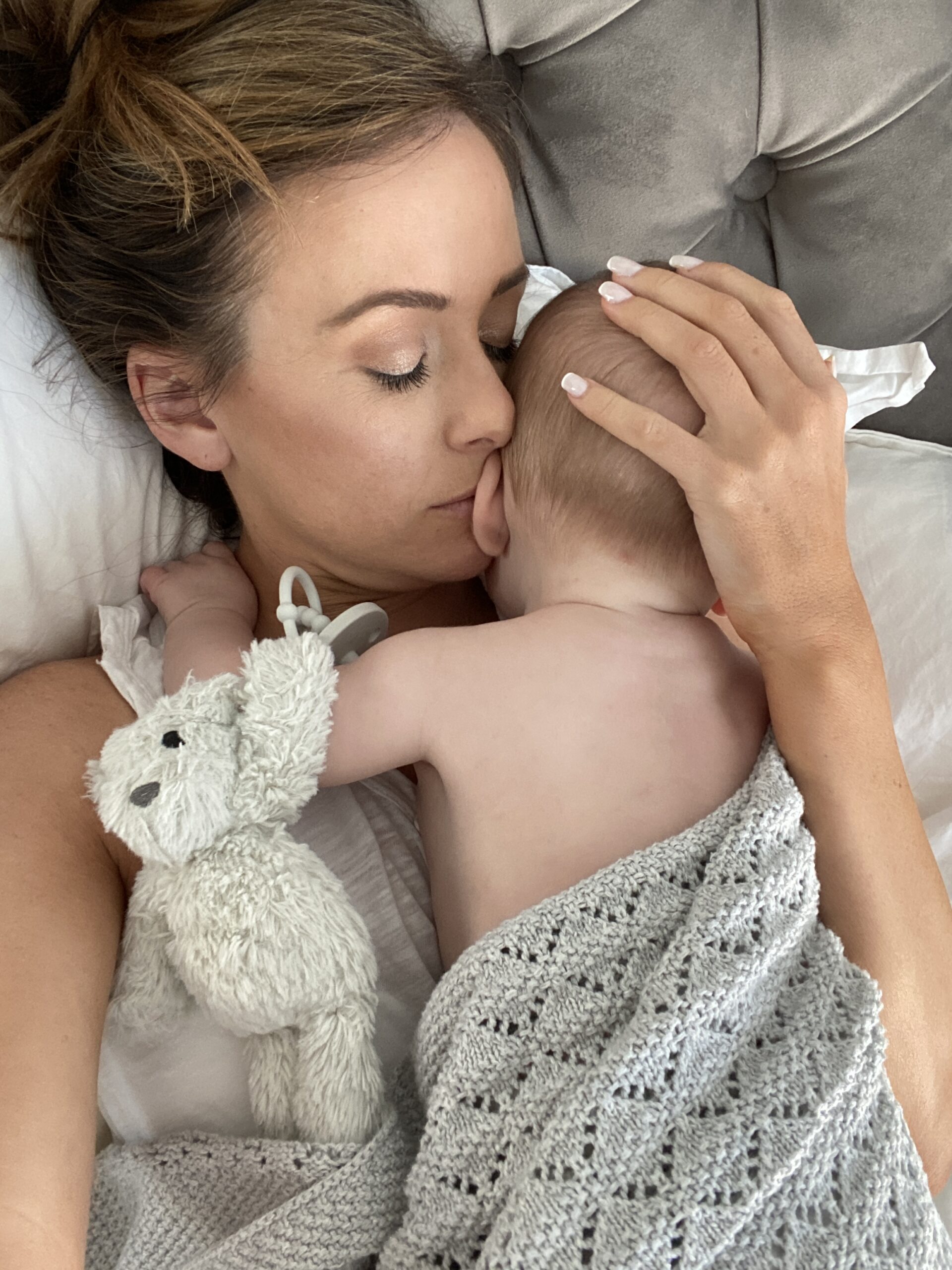 There’s nothing like motherhood to prove your resilience. It’s harder than you thought it would be, even though you were warned, and it’s okay to admit that. But, also know that you can do this! Something I kept thinking when I found an aspect of this year hard is that ‘he will never be this little again’ OR ‘you’ll wish this time back one day’. The other night, as I was looking through photos from this last year, I was thinking about how many photos I have of me with Louie in my arms and the thought crossed my mind that, one day soon, he’s going to be too big for me to carry him everywhere like I did the entire first year. Just last week I was thinking how exhausting it is to hold him sometimes when I’m doing something but, in that moment, I started crying because the fact is … I won’t be able to hold him forever. Being able to hold him now is fleeting and I’ll miss it one day.

It’s easy to get frustrated in the moment but it is true that you will sit in your home 30 years from now and it’ll be quiet … and you will wish back these days. So, rest in the comfort that you will survive this, you’ll be stronger for it, and these are some of the sweetest times in life … so enjoy it! 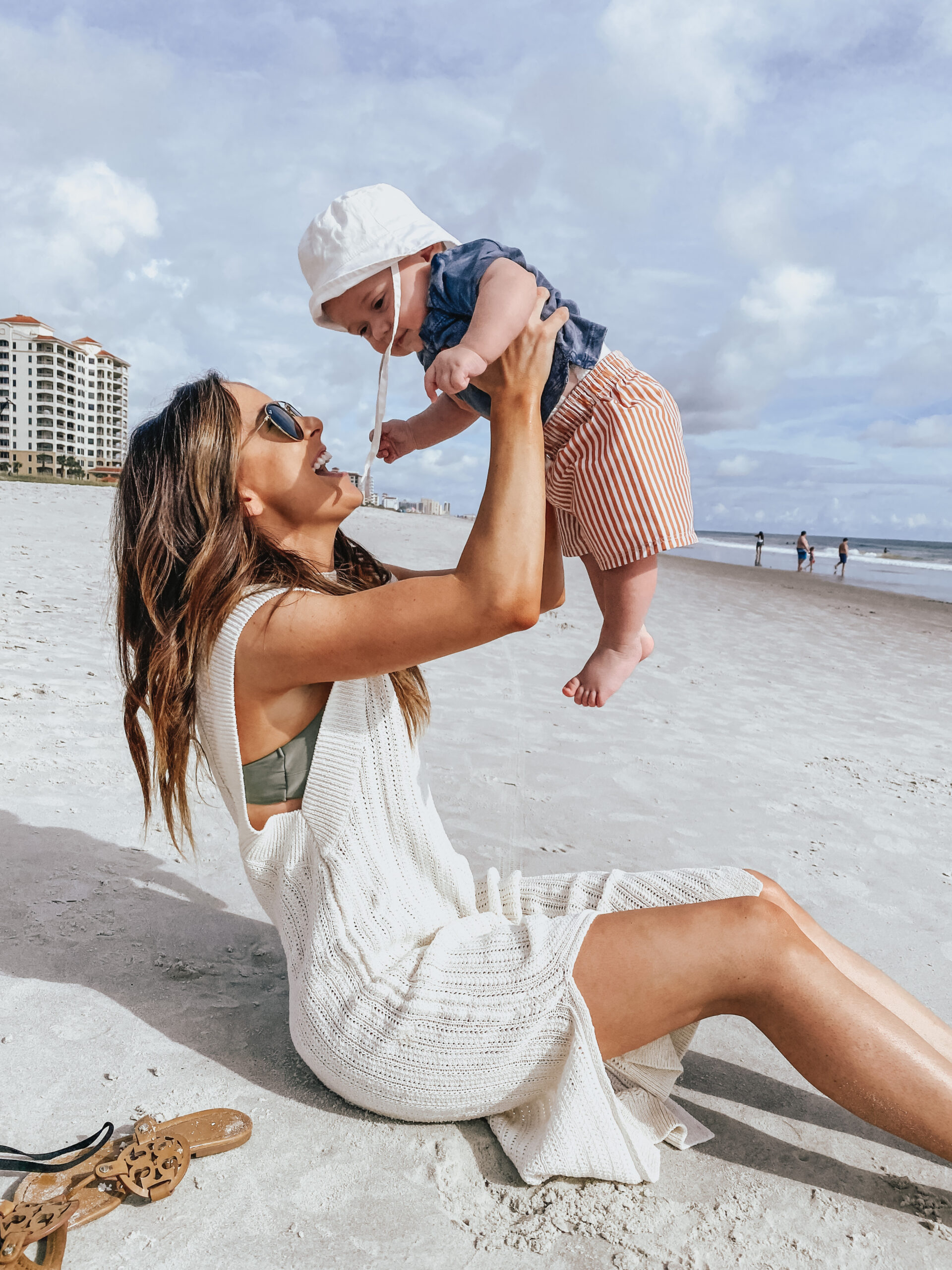 I feel like I’m on a roll now and I want to keep going. Here are a few others off the cuff but I won’t expound on:

Each day with him or her is a blessing.

Being a Mom is a part of you but it’s not all of you. Don’t let people tell you otherwise.

Watching or hearing anything about children being in danger is considerably more difficult than before.

Don’t compare or waste a second worrying about what someone thinks of the choices that make sense for you and your family.

Take all the photos and videos.

Alright, that was actually really therapeutic! Thanks so much for letting me share! Being a Louie’s Mom is something I’ll never take for granted and, while it has had it’s challenges, this first year has also made me extremely excited for all that is to come on this journey. Is there anything you learned in your first year as a Mom that you’d like to share? Leave it below! Thanks for stopping by! xo.