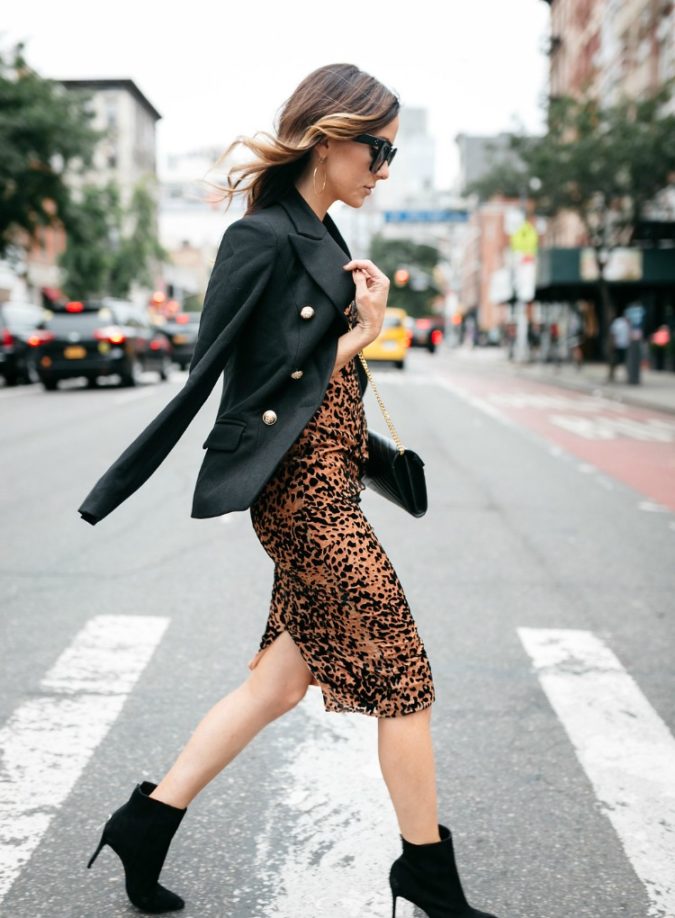 Party Dress Under $100 + What I Packed For NYFW 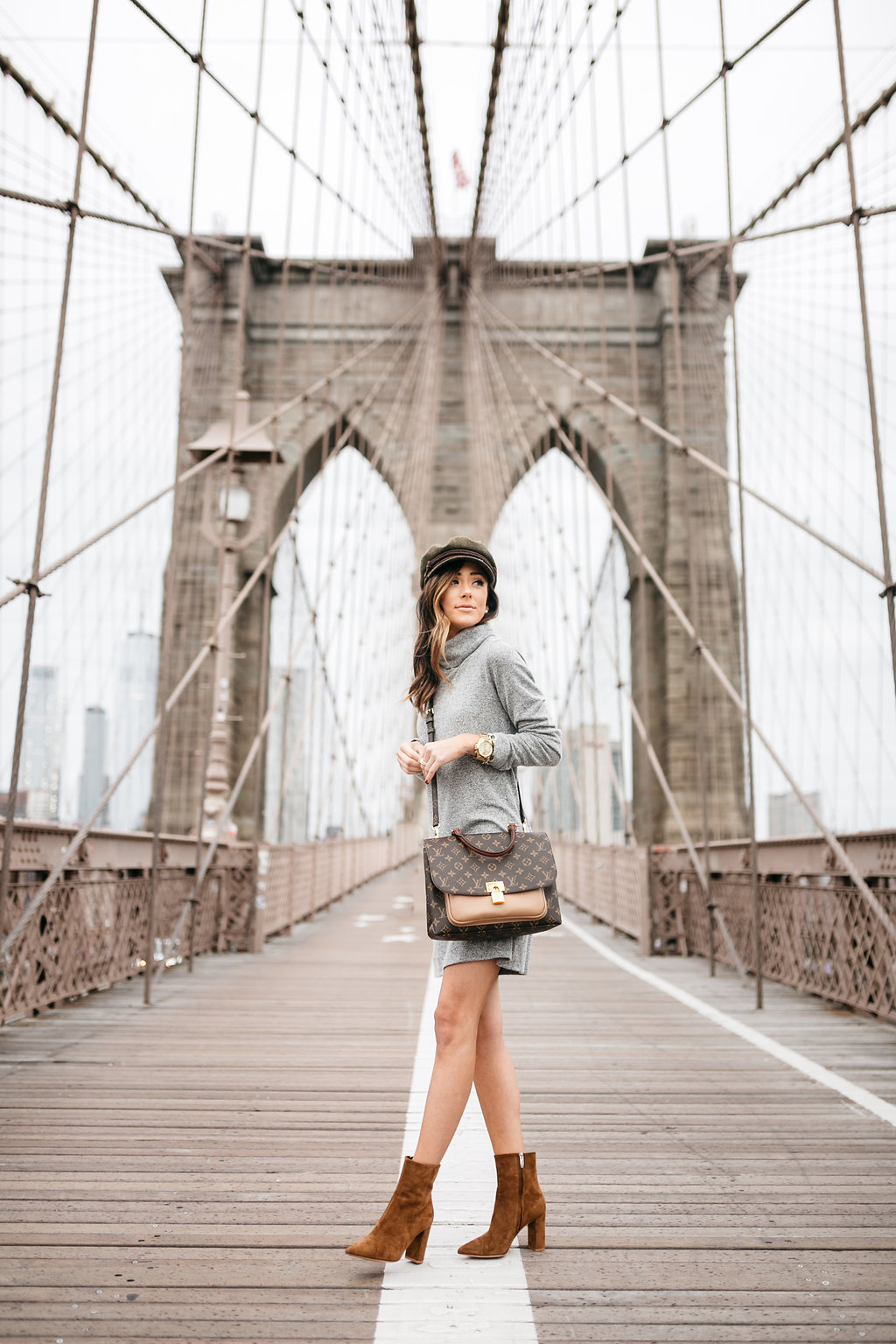 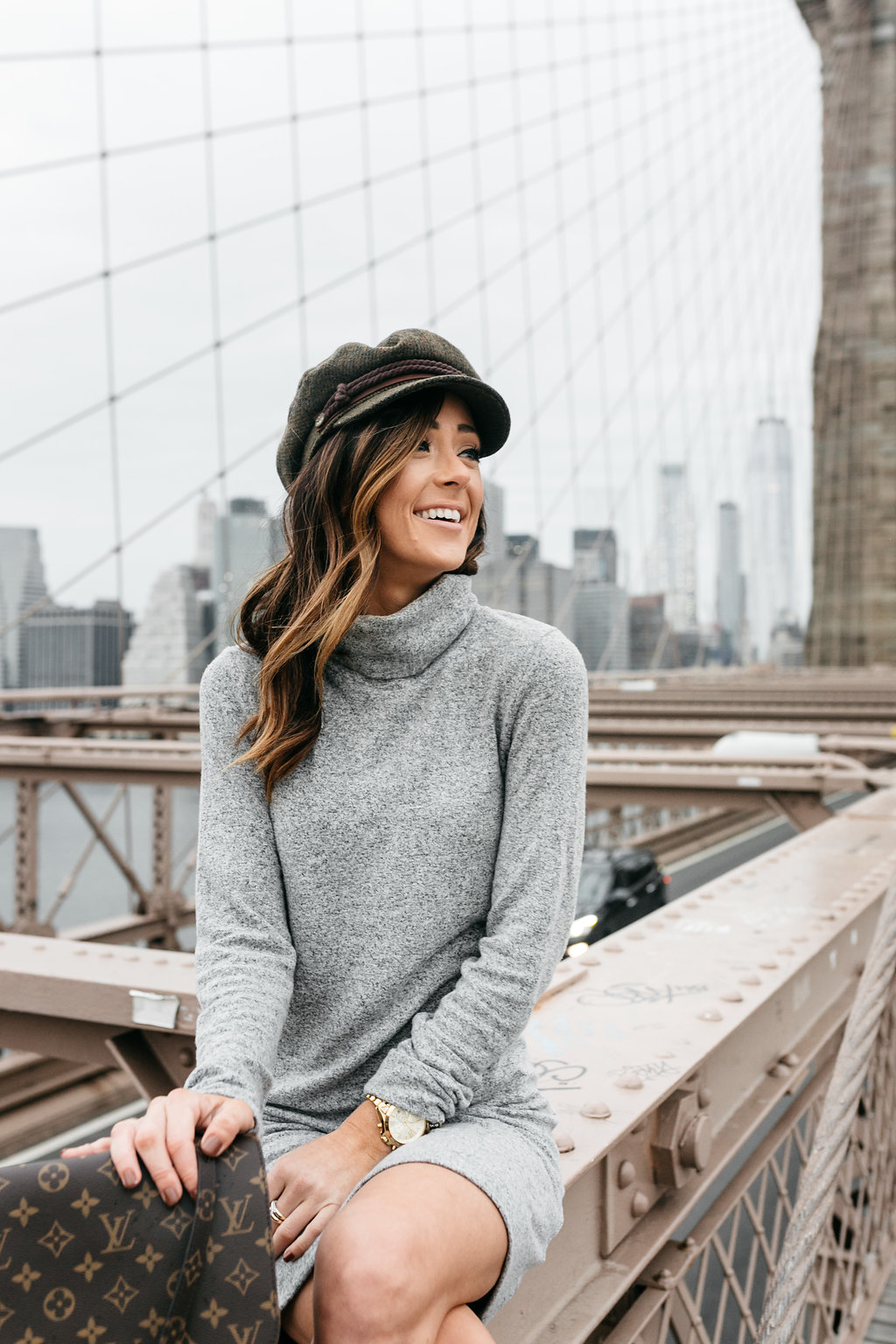 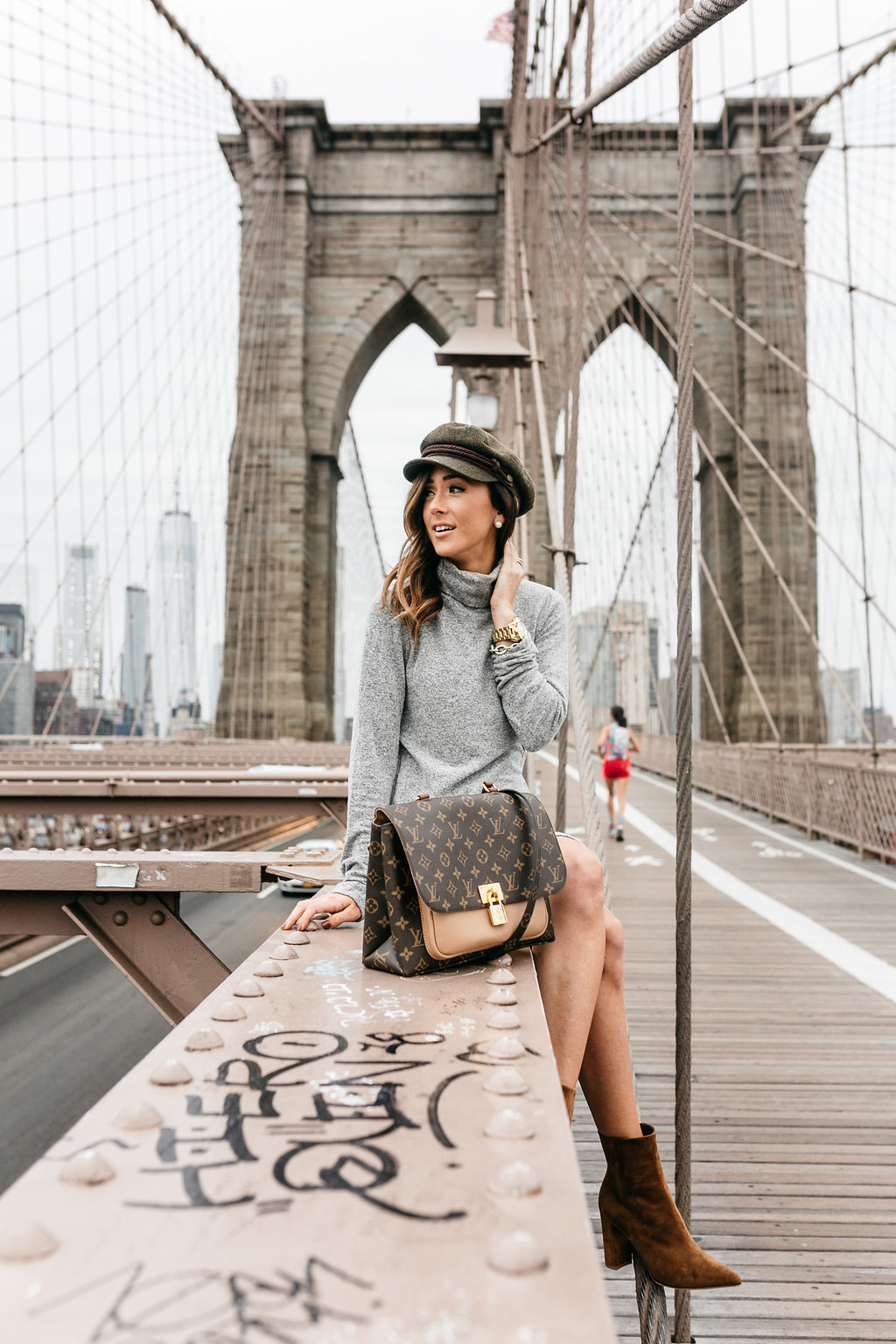 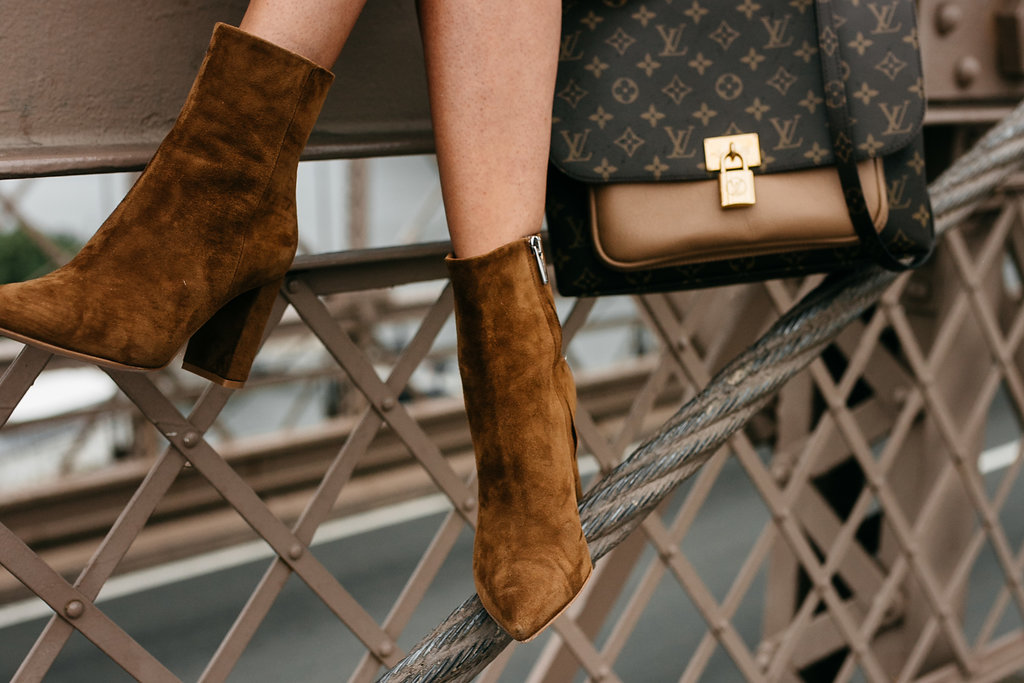 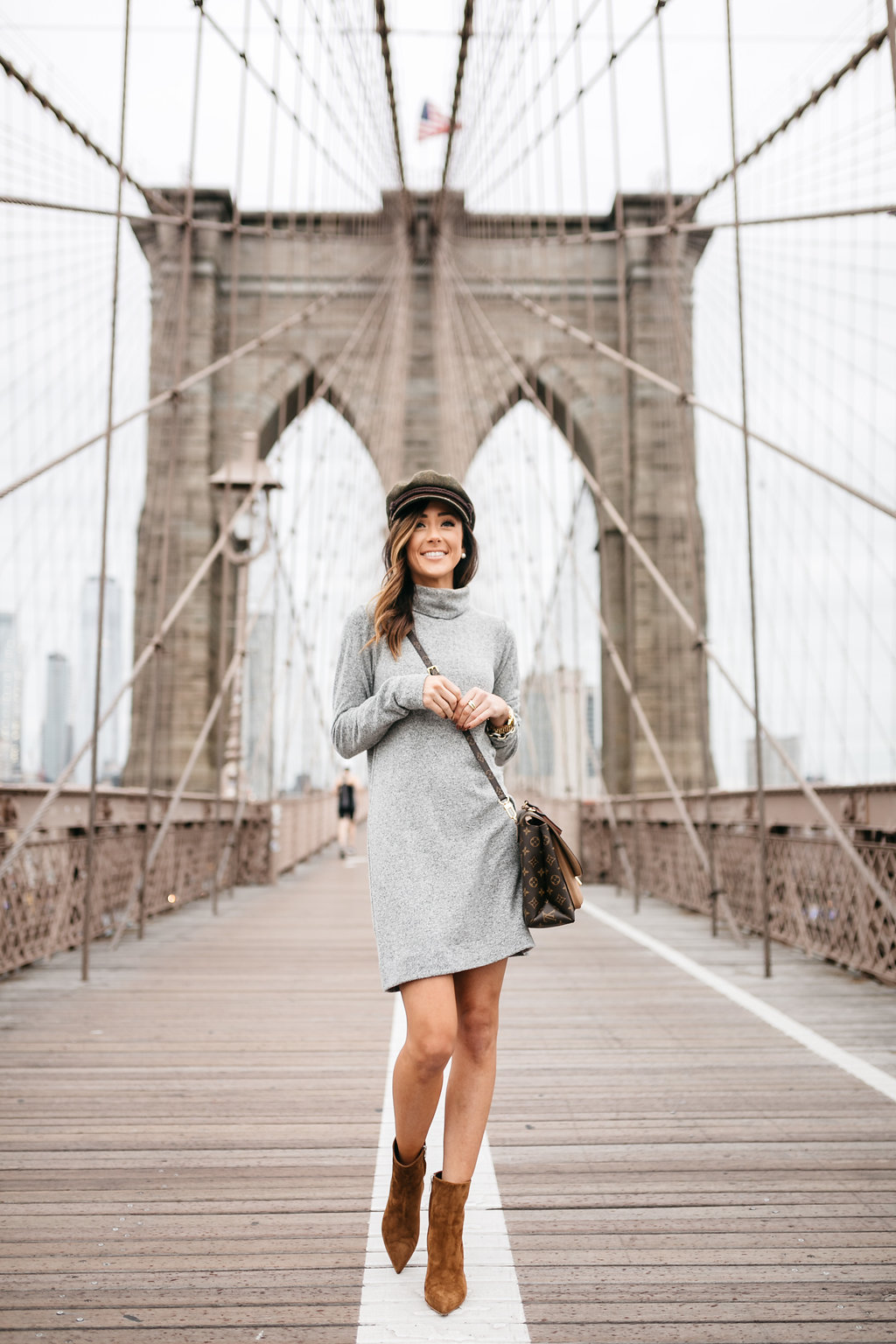 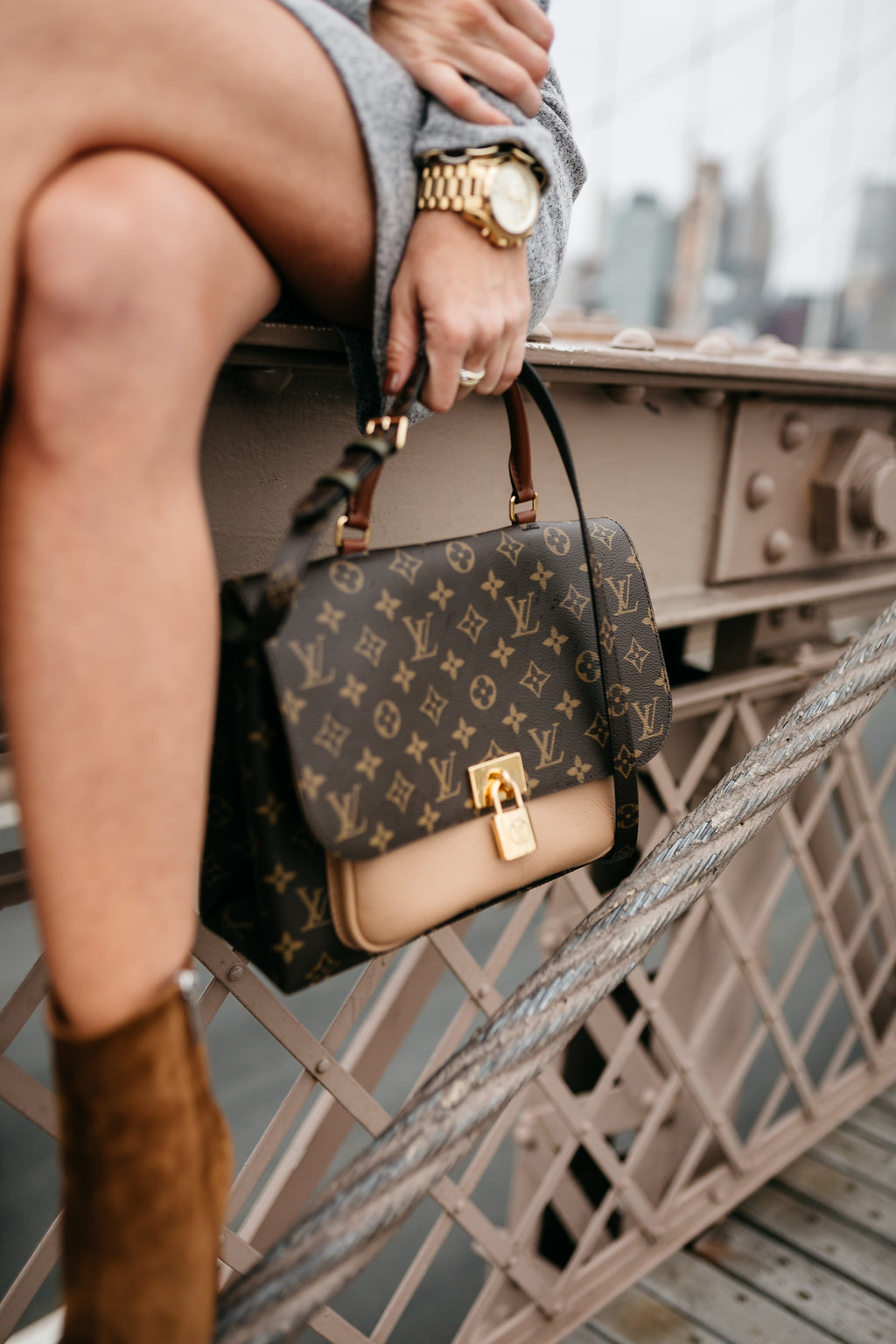 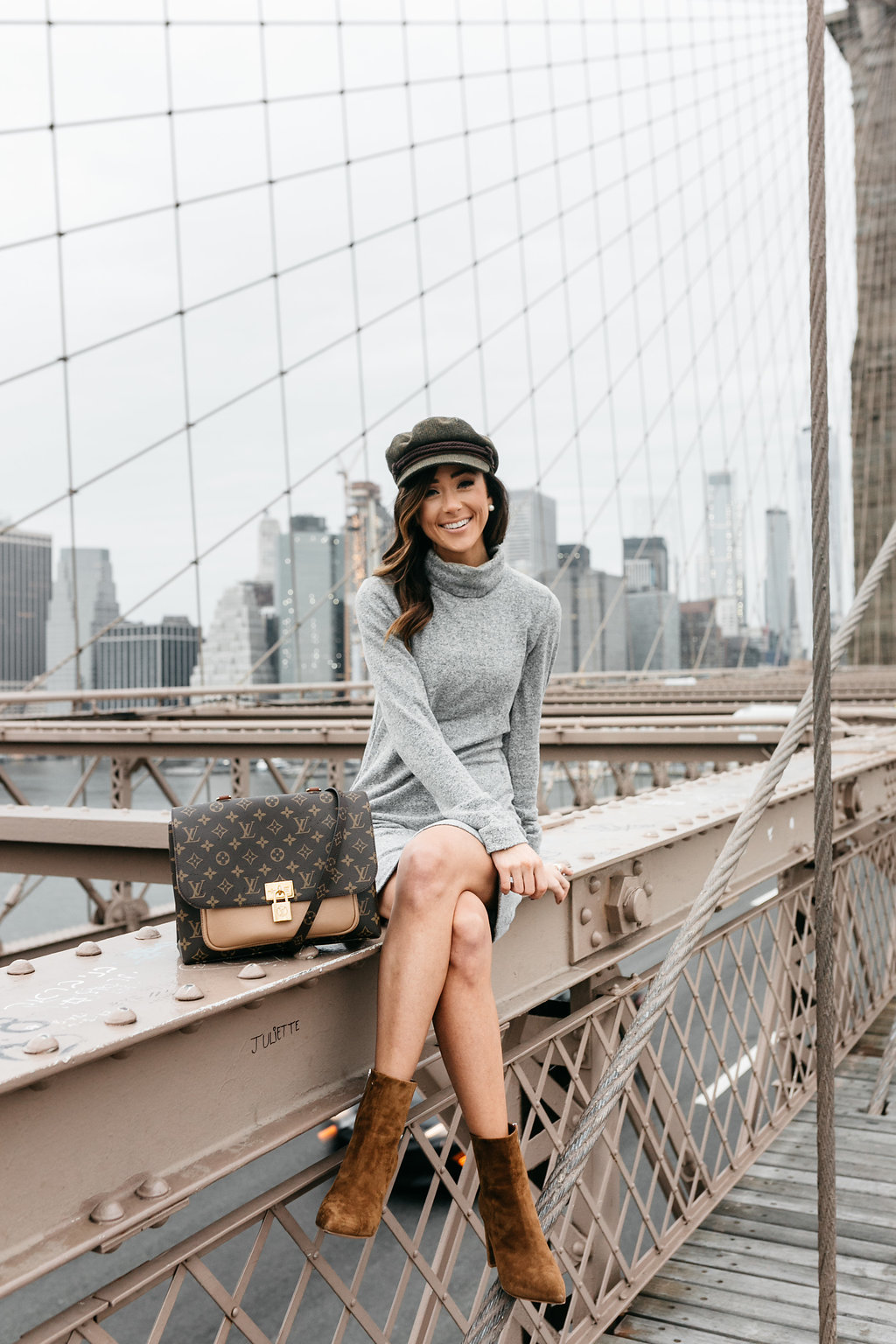 Over the weekend, I got up super early to tick off a bucket list item … walk across the Brooklyn Bridge. Every time I’ve come to New York in the past, I have not prioritized this, mostly because I was visiting friends and we would always get in too late the night before or I was there in the Summer and it was too hot. So, this seemed like a great time to do it especially since the temperatures took a dip a couple of days after arriving in the city! I got up pretty early … earlier than I needed to, in hindsight … because I asked a photographer to meet us there to shoot this early Fall outfit for you guys. I didn’t want to make her job harder by going later in the morning when more and more people would likely be on the bridge trying to take similar photos. I am a huge fan of getting up early, getting the snaps I want in less than ten minutes, and then moving on to quality time. Doing it this way has ALWAYS been worth it [proof here, here, here, here]!  Since it was a Saturday, there weren’t many people on the bridge although, despite how it seems in these photos, there were early morning runners and bikers. Regardless, it was such a nice morning and walking across was really enjoyable!

I purchased this turtleneck dress right before I left for my trip to New York. It is such a great basic and will transition perfectly into the late Fall and early Winter season. You could easily throw a faux fur vest over it or this coat, which is currently 30% off! As the season progresses, over-the-knee boots and tights would also be an appropriate pairing. I also love the fiddler hat I’m wearing with this. I think the brown piping along the front and the suede booties bring it all together! What do you think?

The suede booties I’m wearing are a little pricey so I rounded up a few other options to consider:

Also, a lot of you have asked me if I like the Louis Vuitton Marignan Satchel. I bought it in the store back at the end of February when I was there to buy something for my stepmom, whose birthday is in March! *face palm* Isn’t that how it always goes? Ha! Don’t worry … my stepmom got something really nice. But, yeah, I bought this handbag for myself for my birthday. It had been awhile since I had bought something like that for myself and I hadn’t seen it before and thought it was stunning. The interior is so spacious. It fits so much stuff, although I do try to keep it light. I love that it can be a crossbody or a satchel, as well. I always love bags that have that versatility. I didn’t wear it for a long time because I tend to wear lighter colors in the Spring but have worn it more as the Fall season has started to creep up on us. If you’re looking to invest in a handbag, I highly recommend it, especially if you tend to need a little more room than some of LV’s other crossbody handbags.

Walking across the Brooklyn Bridge made me so excited about being back in the city next month! What are some bucket list things that I need to check off? I’m definitely going to go to the 9/11 Memorial. I haven’t done that since it opened either and I really want to walk through it. Despite the fact that I’ve been the city quite a few times, they were all before I was a blogger or at least a travel blogger so I’ll put together a little travel diary AFTER the next trip when I have a few more photos to share from the city! 🙂 Have a great Thursday, loves! One more day until the weekend!! xo.