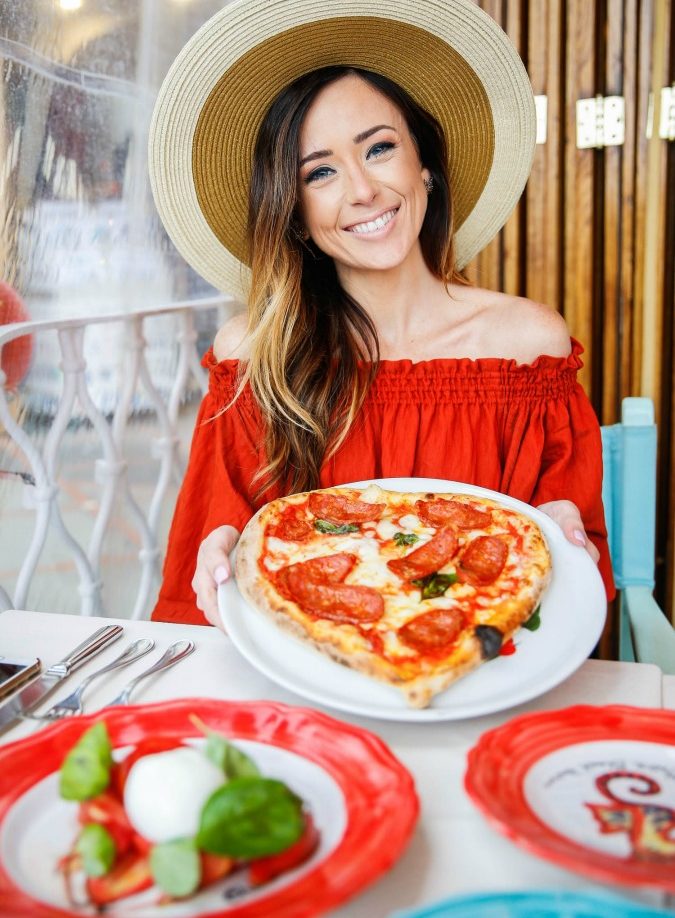 The Best Restaurants To Eat In Positano 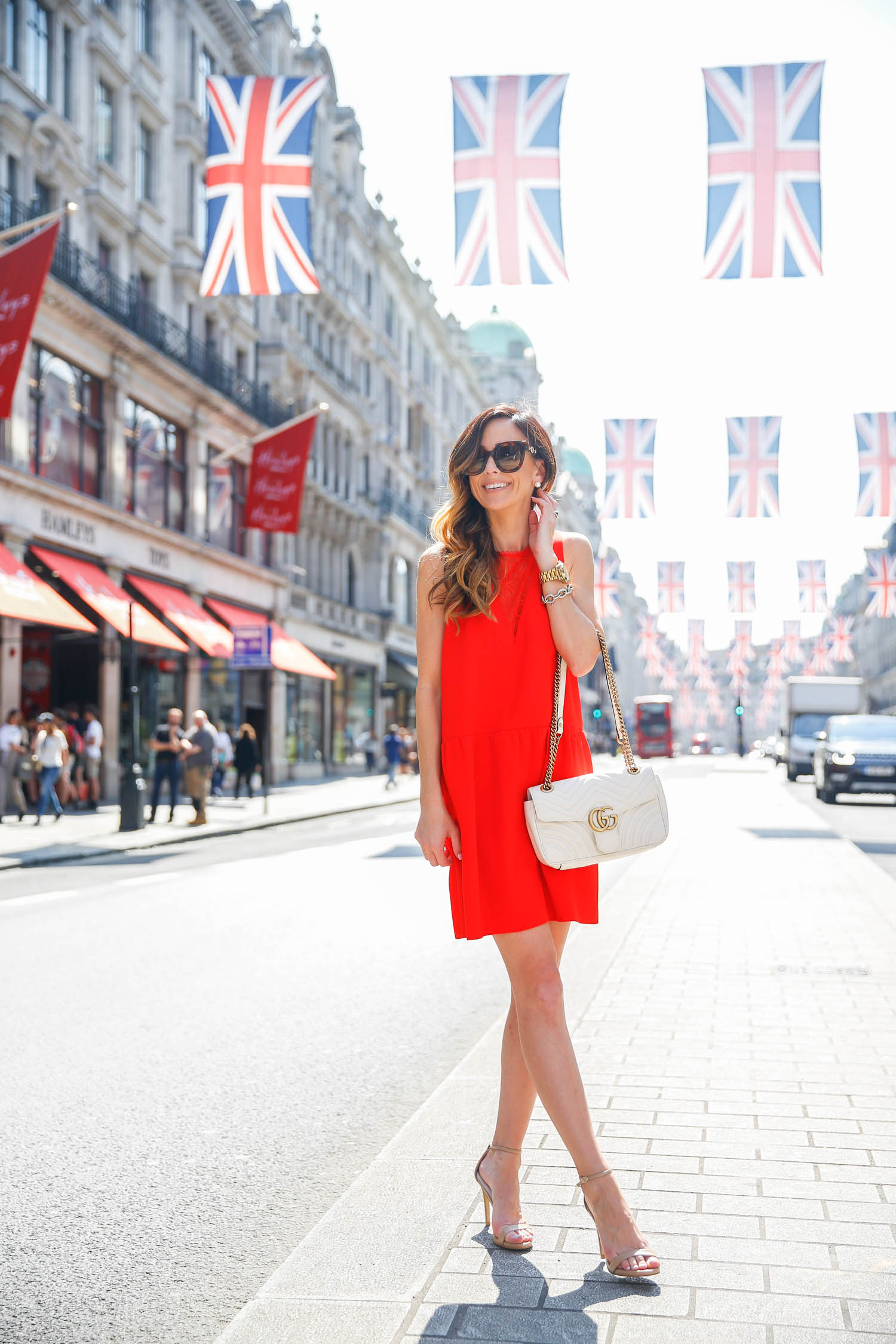 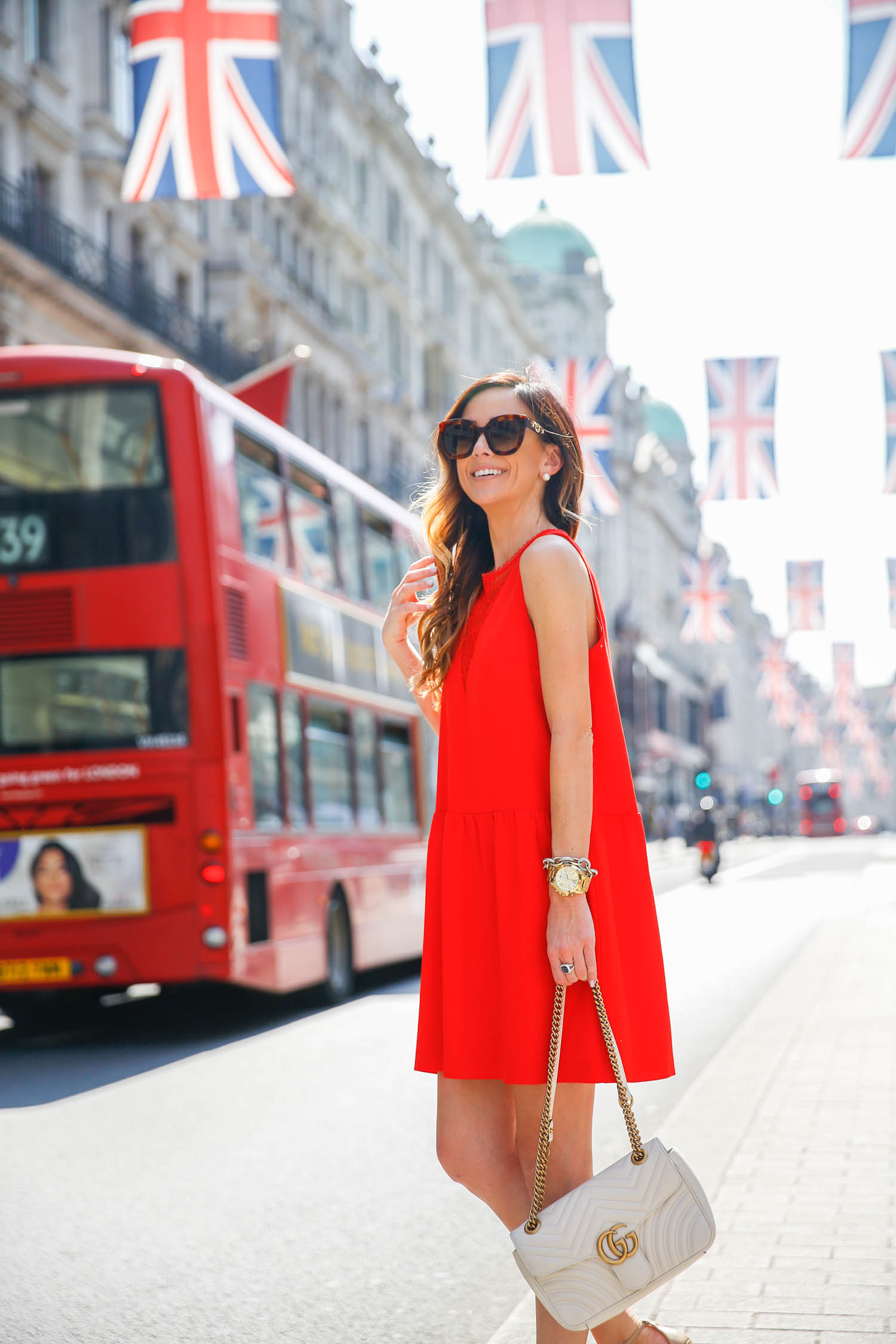 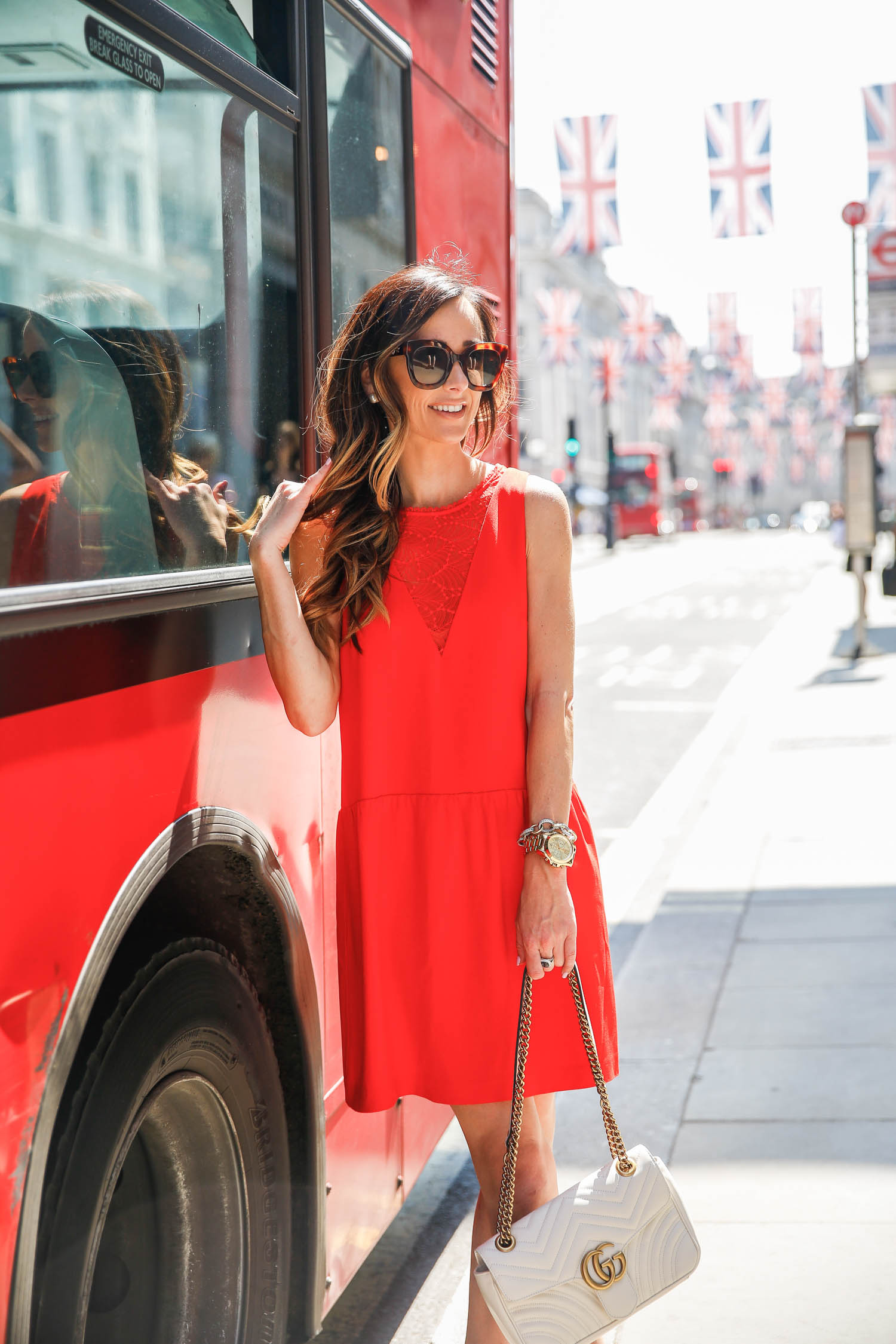 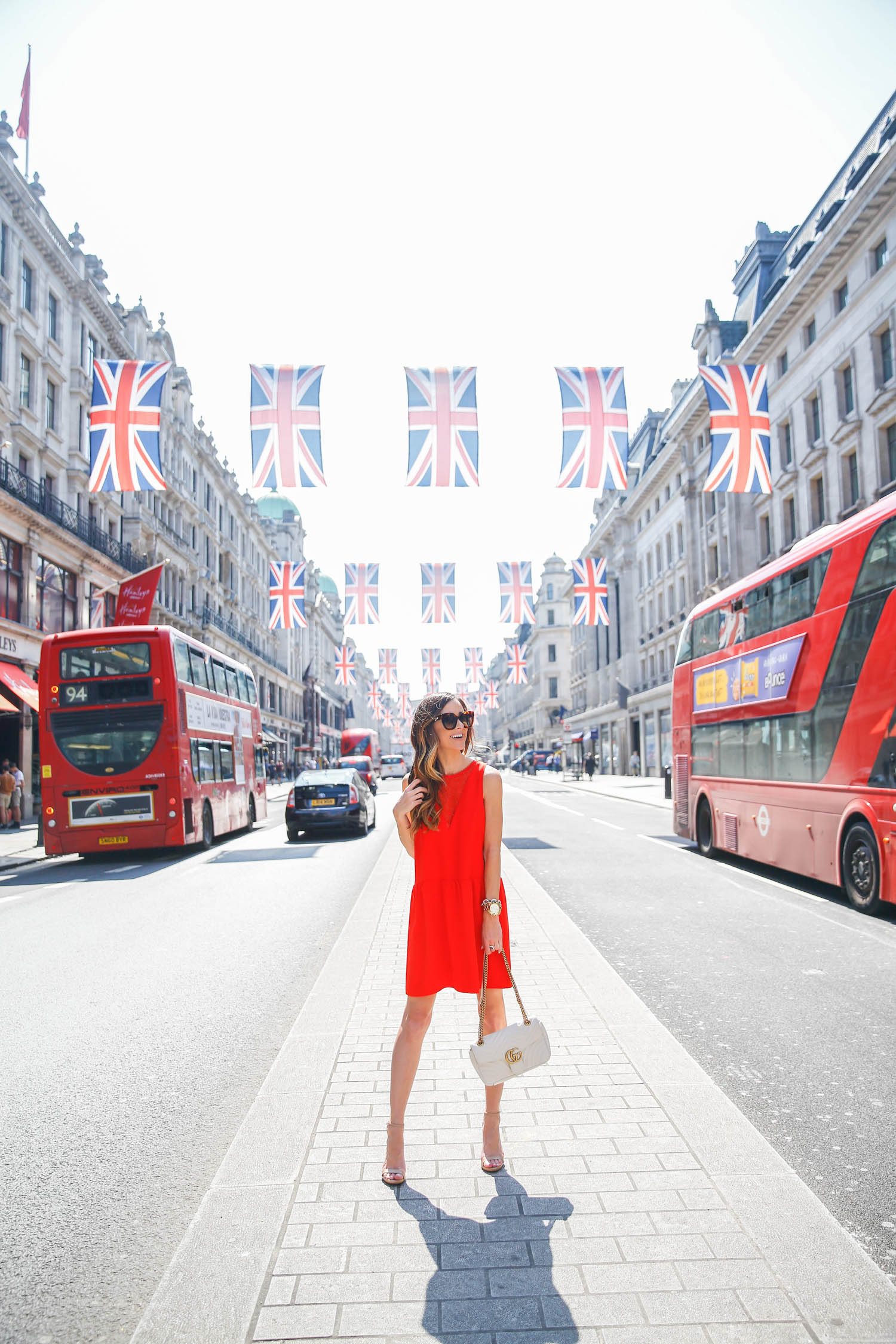 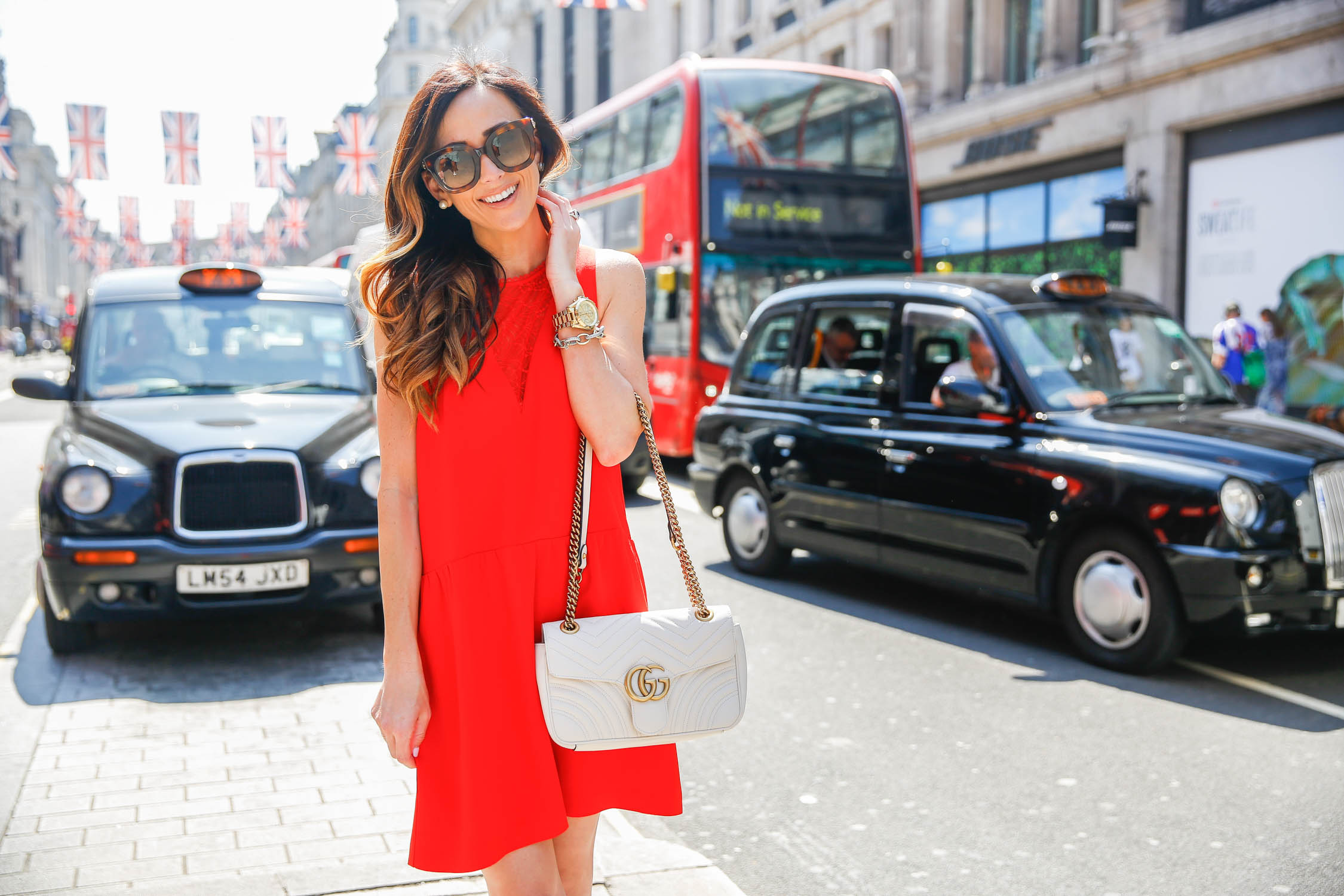 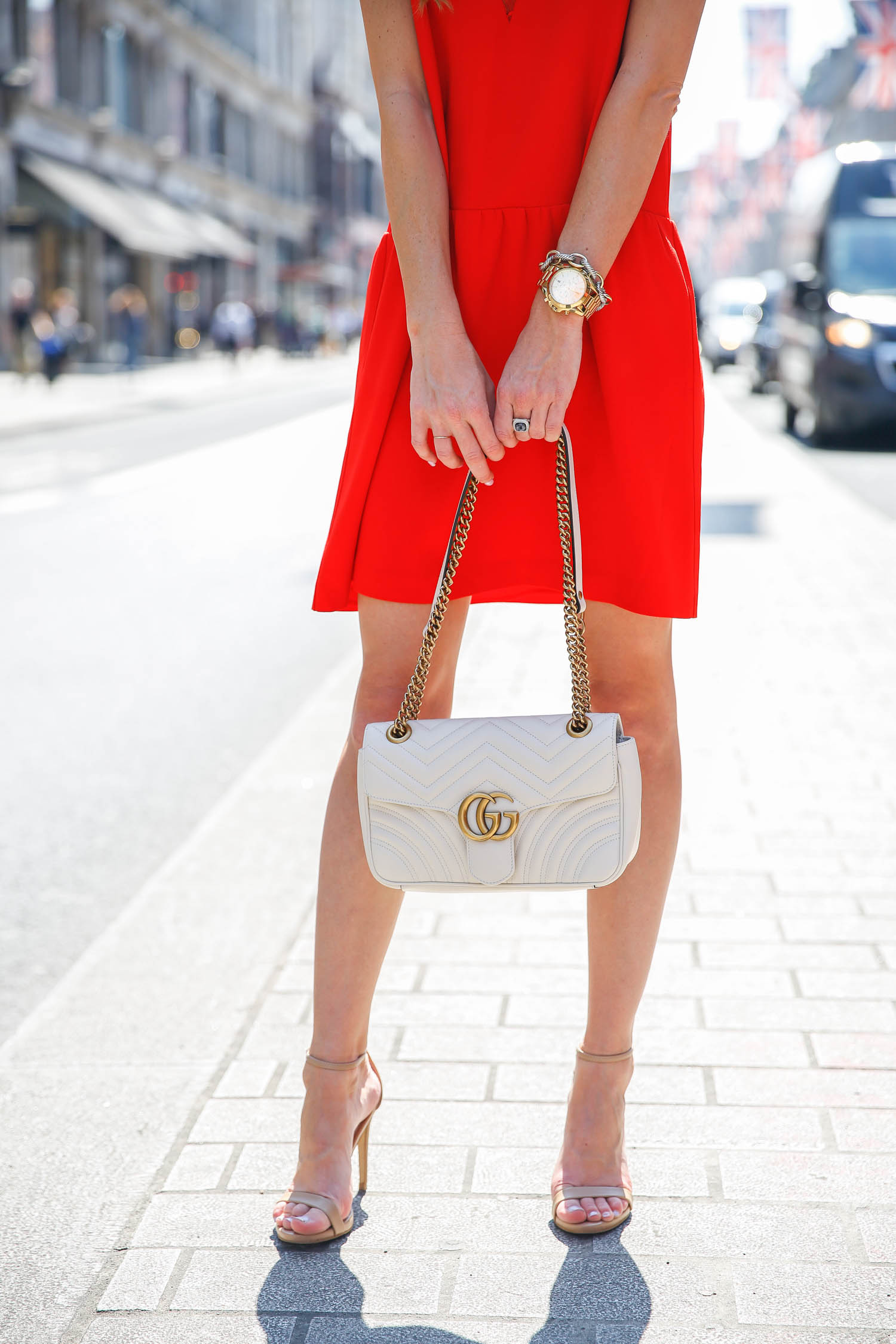 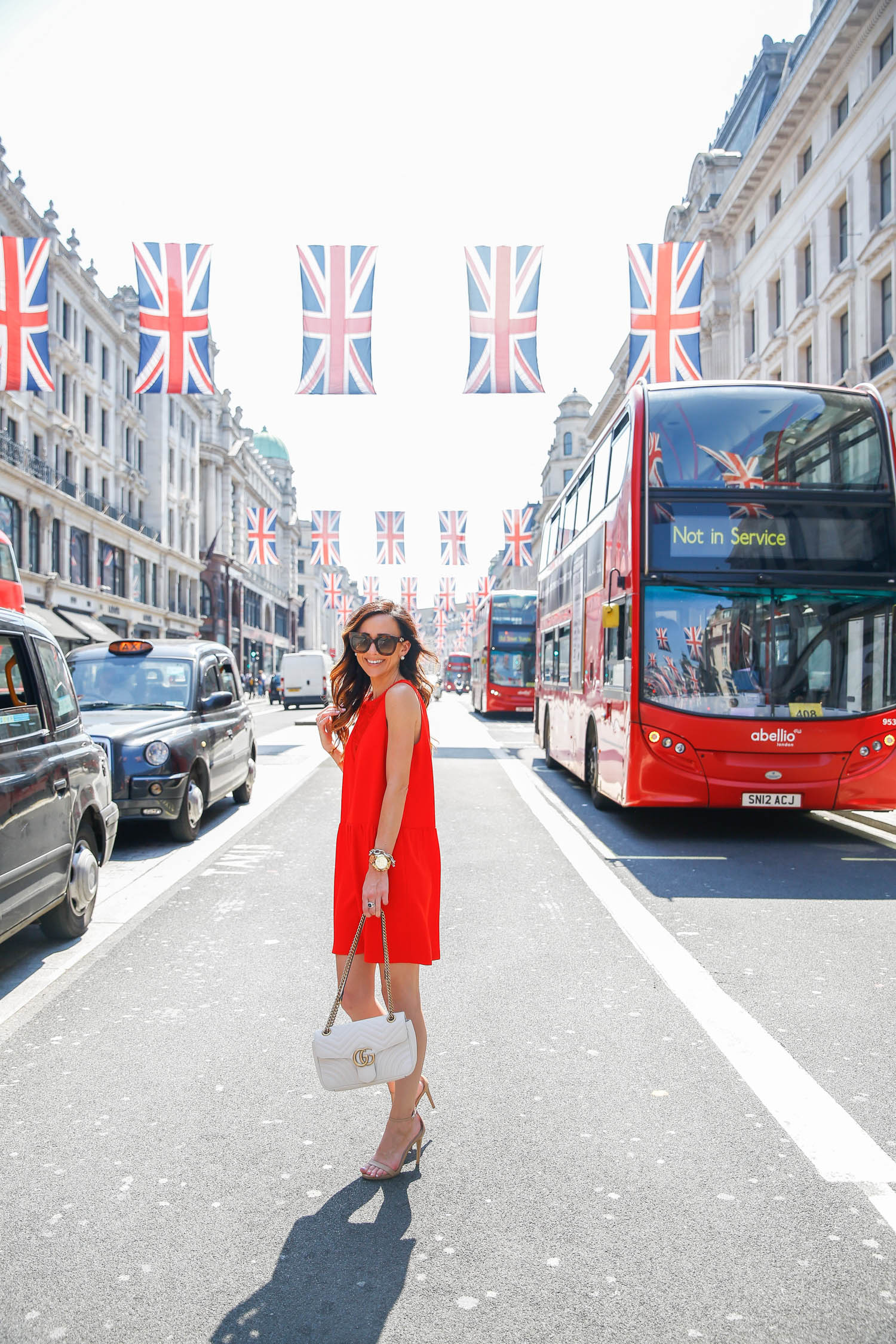 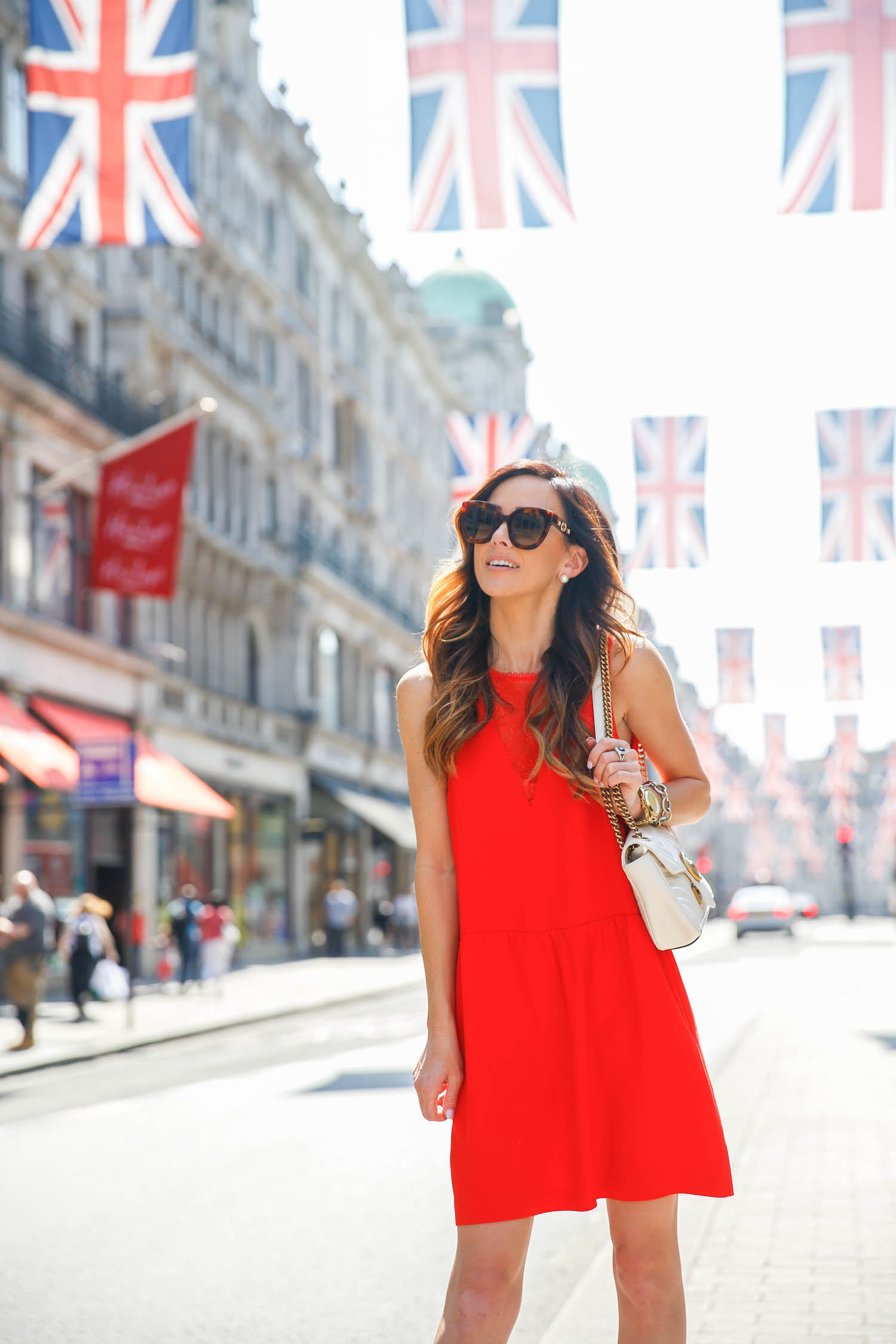 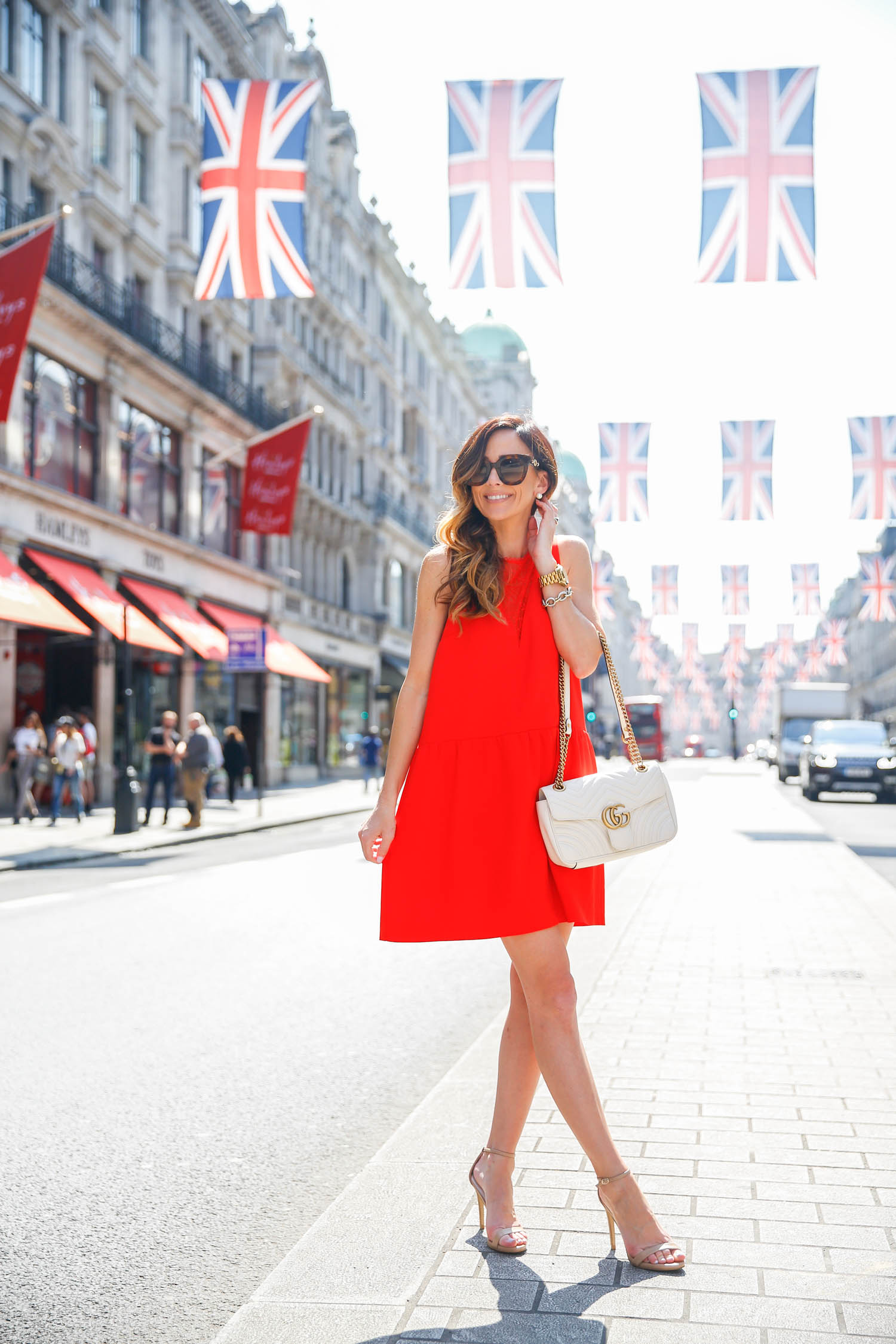 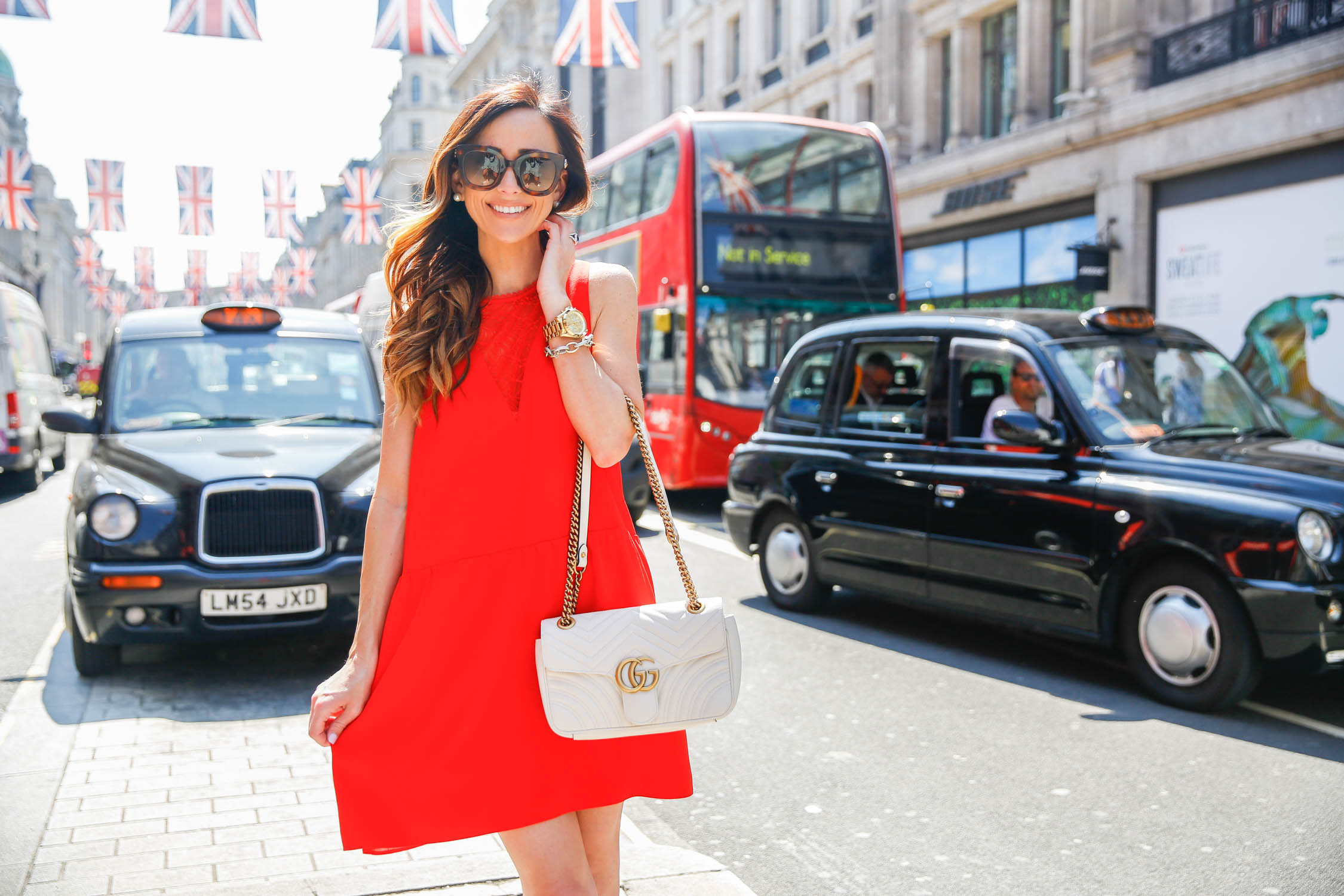 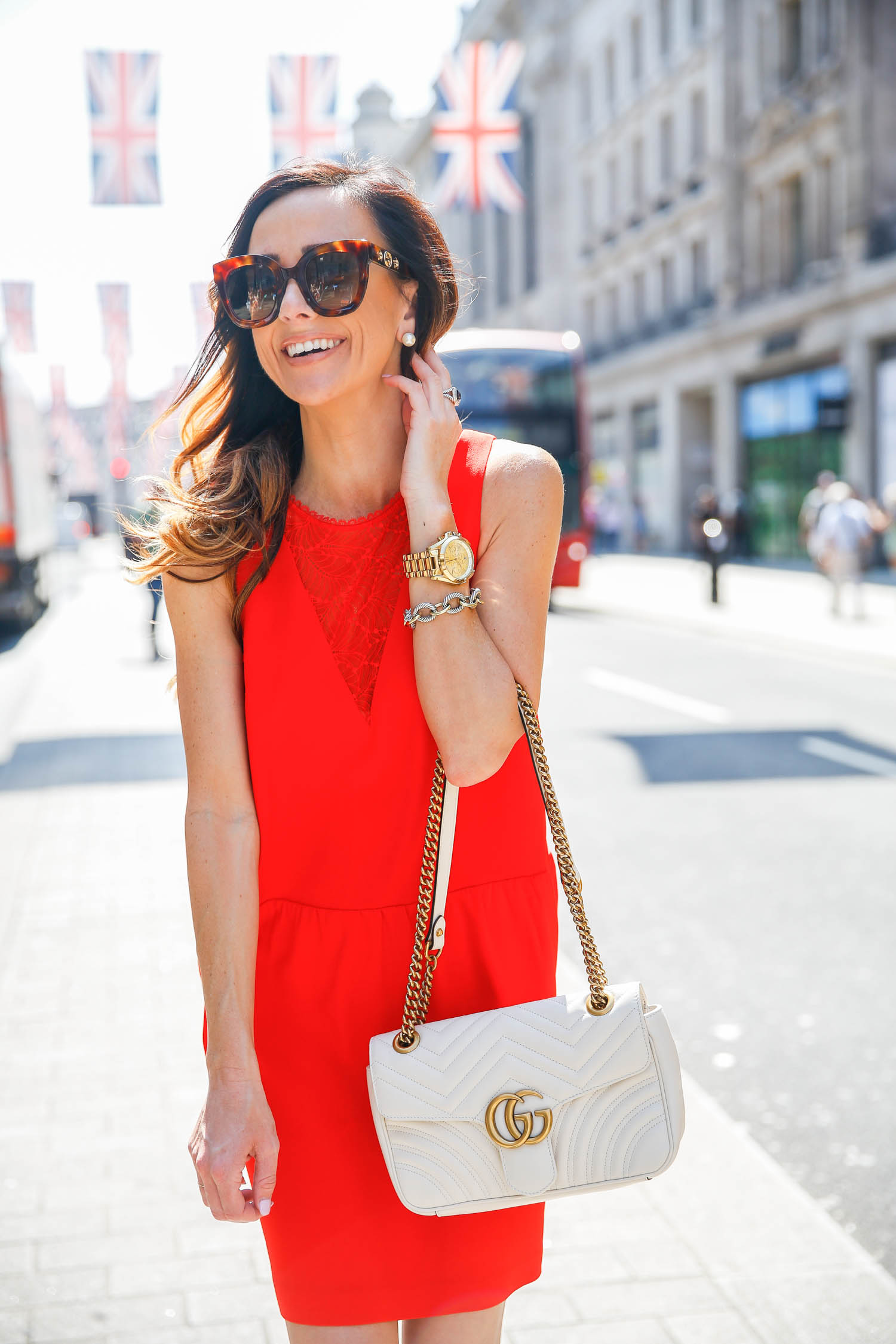 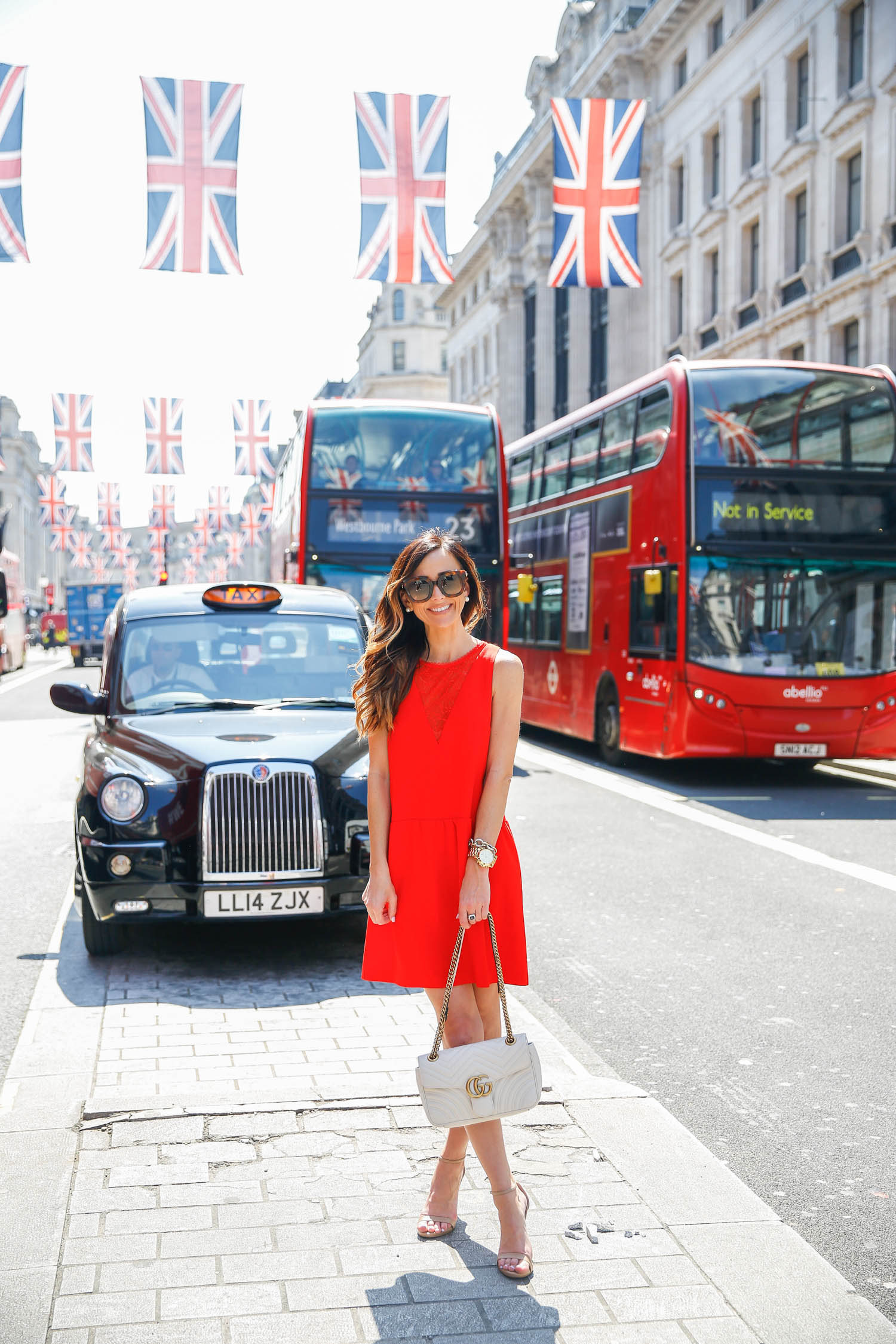 Did you get up early to watch this morning? If you’ve been on Instagram today, you may have seen that I absolutely did but that was no secret. I’ve been excited about this all week! I’ve always had a love for the Royal Family thanks my Mom. Throughout my whole life, she never hid her love and respect for the Queen and adoration for Princess Diana and her little princes. She and I would always joke about me marrying them one day. Anytime I would get sassy with her, she would say something like ‘well I’m not sure Prince Harry would find that to be appropriate behavior for his Princess’, hah! I always had a crush on William but always loved Harry’s personality, and she always said she wanted me to end up with Harry! Sadly, Meghan got there before me but, I mean, is she not the most perfect person for him?? Like, they are clearly so in love with each other and have a heart for the same thing, serving others! Over the last few years, my love for the royals has deepened as my understanding for what they live to do has grown. The fact that their life is centered around public service and figuring out ways to leave touch communities throughout the Commonwealth in productive and helpful ways, I just find to be so admirable!

What is the Commonwealth?

The Commonwealth is an international association consisting of the UK together with states that were previously part of the British Empire, and dependencies. The British monarch is the symbolic head of the Commonwealth.

So, what did I think of the Royal Wedding?

It’s hard to just give a yes or no answer to this as there are so many aspects of the wedding day that are worth talking about and expressing my opinion about so, I thought we could go through some of my favorite moments, best dressed guests, my thoughts on the dress and the non-traditional aspects of the ceremony.

• …. when Meghan Markle got out of that Rolls Royce, walked herself up those beautiful stairs to enter St. George’s Chapel with the adorable page boys ensuring her veil was displayed perfectly, in all its glory, and halfway down the aisle BY HERSELF.

It was so heartbreaking to hear about the health issues that her Dad has experienced the week of such a special time in his daughters’ life causing him to not be able to be there to walk her down the aisle. I really hate that for her. But, if you look for it, you can always find beauty in hard and / or sad things and I think the fact that, in his absence, she was to walk down half of that aisle by herself personifying the strength, capability and independence that she very clearly believes is in all women.

• … when she reached the top of the steps outside of the chapel and the pageboys were standing still at the bottom, allowing that beautiful veil to be perfectly displayed.

I’m such a sucker for a long veil and hers was stunning! I firmly believe her long veil was an homage to Diana!

• … when Prince Charles met Meghan in the middle to walk with her down the rest of the aisle.

As much as I was loving her solo walk down in the beginning, I thought it was such a kind and sweet gesture for his Dad to step in in her Dad’s absence and walk her down the rest of the way. As much as the royal family is all about tradition, they really did such an amazing job making Meghan feel like she’s already a part of the family.

What do you think? Should she have walked the rest of the way by herself?

• … when Meghan got to Harry and he said the sweetest things!

I could definitely tell that he said “You look amazing” but wasn’t able to make out the rest. From what I’m seeing on Twitter, it was “I’m so lucky” but other people are saying it was “absolutely gorgeous” or “I’ve missed you”. Either way, I’m dead over it. Literally the cutest and sweetest thing. This is what I’m holding out for, ladies! This kind of love!!! Hah! 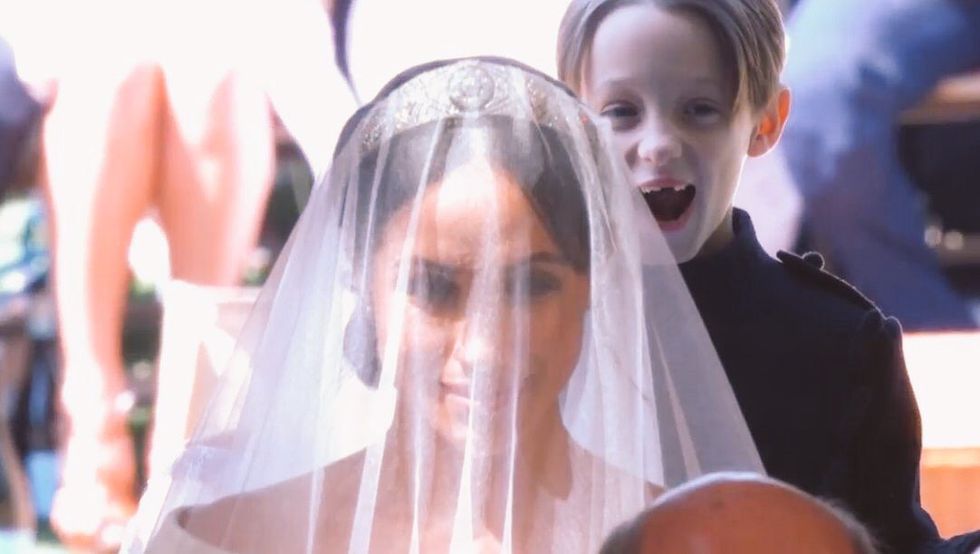 • … when Reverend Michael Curry brought so much ‘fire’ to his sermon that was packed with passion and truth!

In the Church of England, you just don’t hear sermons that are full of that kind of enthusiasm … or any enthusiasm for that matter. They’re typically very traditional. There is no helping the audience relate to the text by quoting recent historical figures or personal short stories to really bring the overall message home. I love the U.K. and the Brit’s, in particular, and there’s nothing wrong with tradition but, when it comes to church sermons, I want to be moved. If every Sunday, or at every wedding, I’m hearing the same traditional message, I would find it hard to be moved by it because it’s not any different and there’s not a lot of context I can relate to. I felt like his sermon was a really cool way to challenge tradition and subject the largely English audience to hear a different message and potentially hear and understand the gospel and what God’s love is meant to do for the first  time.

• … when the Royals couldn’t hide how uncomfortable they were during Reverend Michael Curry’s sermon.

In the same breath, I was LIVING for the surprise and odd looks on the faces of the Royal family in response to his animated, passionate speech. It was hilarious almost watching them sweat! I read on Twitter that enthusiasm in church, in the Church of England, is seen as heresy so maybe that’s why but I truly hope they did take some good tidbits away from it! Fingers crossed! He was bringin’ it and I loved every minute of it!

I’m sad to say that I was a little underwhelmed by her dress. I thought she looked beautiful, of course, but I just thought her dress was a bit plain. She has a very elegant and classic style, with an occasional edge, but I just didn’t love this one. I know Twitter lost their mind over her hair. It did look like she needed a little more product and I didn’t think her updo in the back looked neat but, I wouldn’t say it looked disheveled. I did absolutely LOVE the Queen Mary’s tiara from 1932 that the Queen let her wear. It was stunning!

Overall, as I said, she looked beautiful but I think I preferred Kate’s wedding look to Meghan’s.

Watching guests of the Royal Wedding come in is just as fun as watching award show red carpet coverage! Here were my favorites: 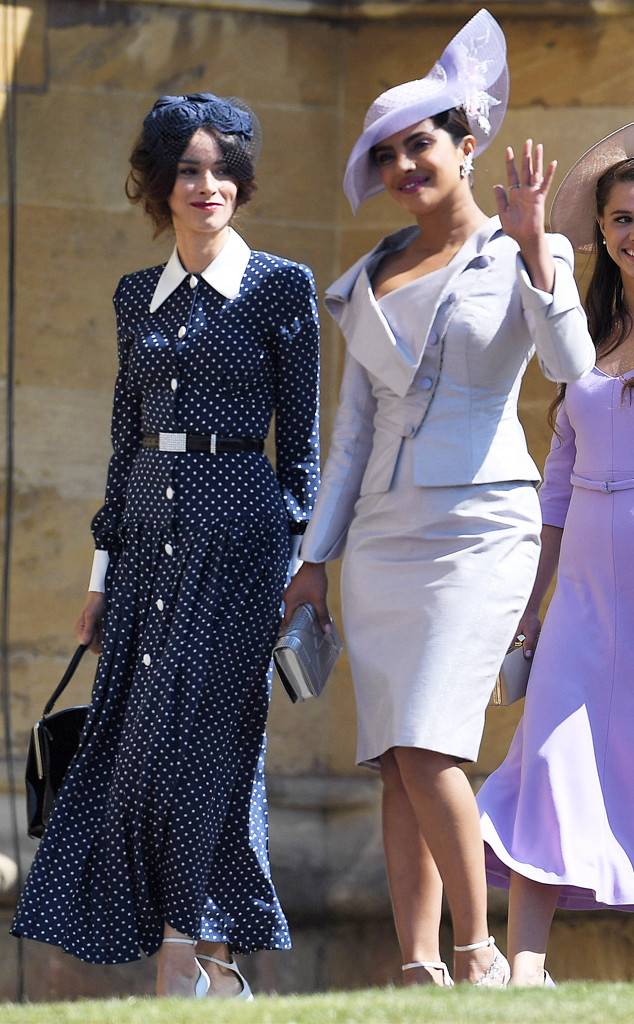 • ABIGAIL SPENCER & PRIYANKA CHOPRA – I didn’t love all of the dark colors worn at the wedding today but, if I had to pick my favorite, I thought Abigail Spencers’ Alessandra Rich dress was my favorite! I thought a lavender suit was an interesting and different choice for today’s even but the fun, structured neckline and coordinating fascinator sold me! I think they both look so chic and beautiful!

• JACINDA BARRETT: Again, I wish there had been more traditional Spring-like colors but I love the silhouette, cut and fit of this dress. The fabric looks absolutely dreamy and the matching fascinator adds the perfect cherry on top! Love love love this whole thing! 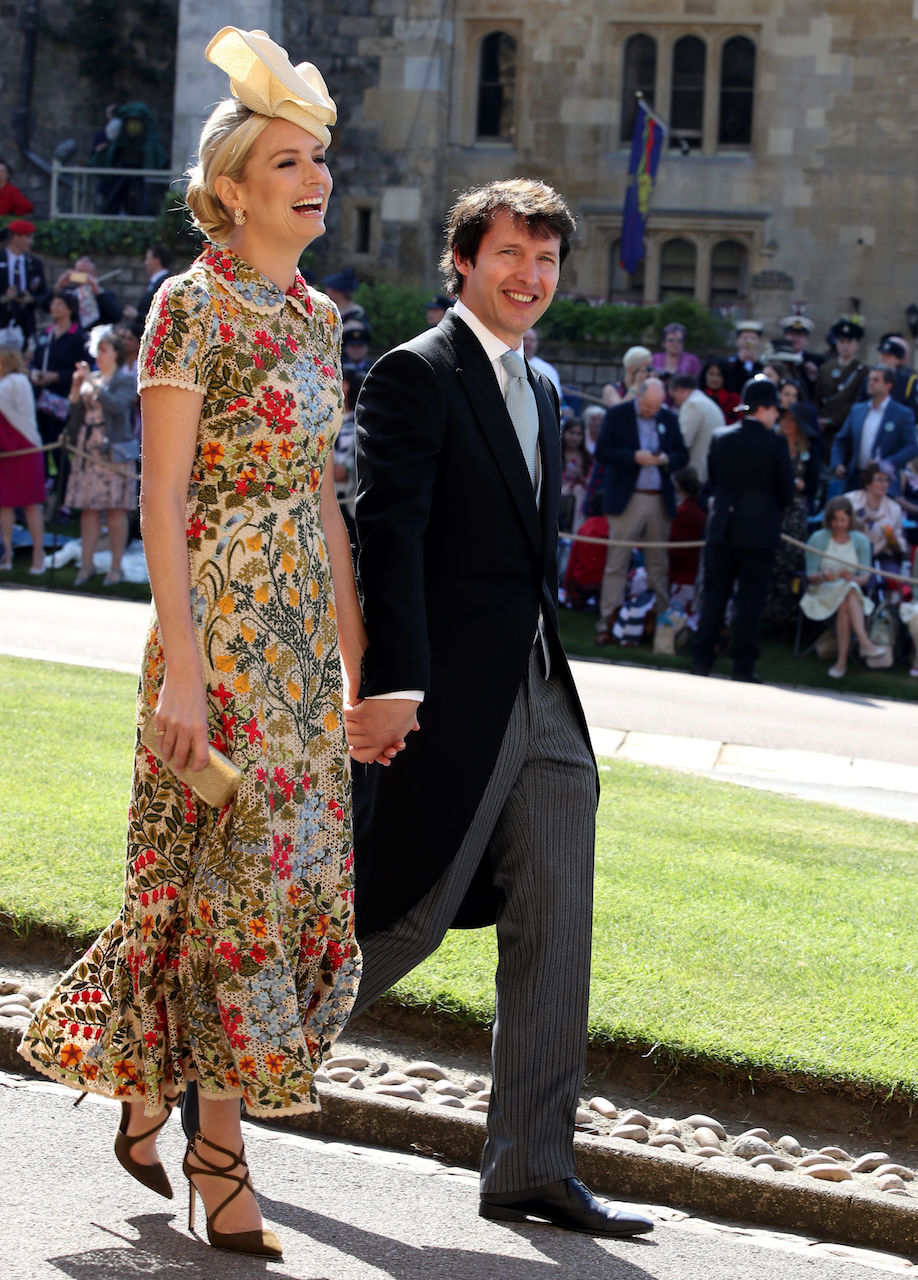 • SOFIA WELLESLEY: I’m such a sucker for a collared midi dress with a ruffle hem at the end. This dress literally gave me all the heart eyes! She looked absolutely stunning and I loved her accessories from the dark green suede shoes, cream fascinator [one of my favorites of the day after Duchess Kate and her Mom] and subtle gold statement earrings. This look was a 10! 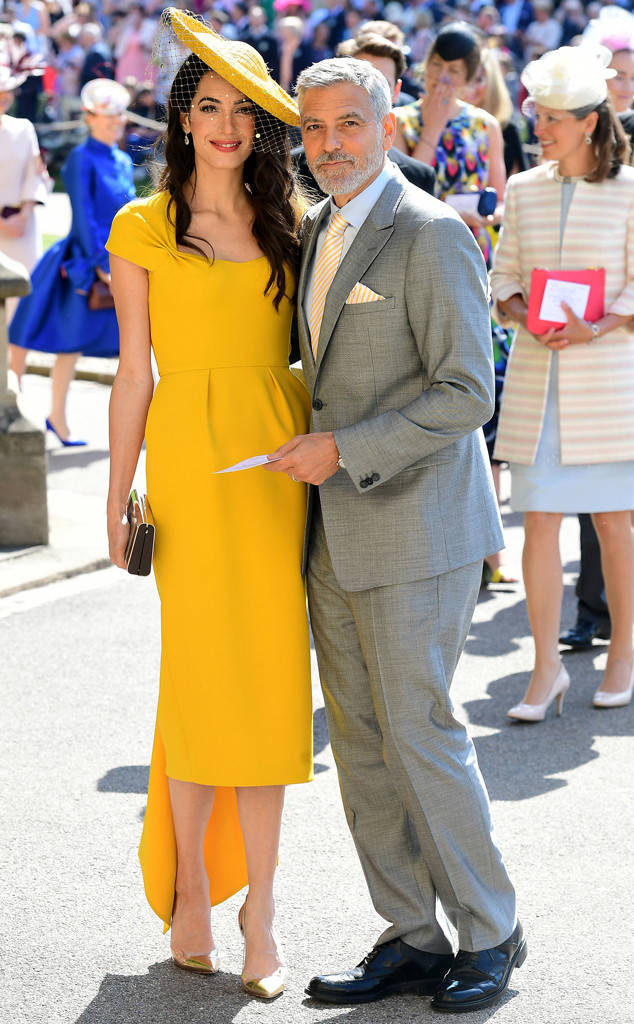 • AMAL CLOONEY: This woman. Like, is she real? I couldn’t get over her dress. Everything about it is perfection! The covered shoulders, the sweetheart neckline and the bold marigold color … it’s absolutely everything I’d want to be wearing if I had been invited [… still think it’s such a shame my invite got lost in the mail]. I thought I didn’t like the tail on the back of it at first but, no, I love it. Living for it. Want it in my closet. She is beyond a 10. Off the charts. Hands down. Best dressed!

Honorable mentions? I also loved Karen Spencer’s ensemble. She is the wife of Diana’s brother the Earl of Spencer. I loved Lady Kitty Spencer’s outfit, as well. She is Diana’s brothers daughter, so her niece 🙂

NON-TRADITIONAL ASPECTS OF THE CEREMONY:

Of course this wedding was VERY different than Charles & Diana’s and William & Kate’s and some may not have liked that there were some modern additions. I’ve heard that the ceremony seemed to downplay royalty, cheapening it and making it seem more common. Of course, to each their own! Here is what I think:

While I love and respect the traditions that are still a huge part of the Church of England and British monarchy, I think their ceremony was a true reflection of the two people that are joining together in holy matrimony. Meghan very much believes that women are EQUAL to men so for her marriage ceremony to have absolutely have no representation of her background and beliefs would be such a shame and would be confusing to the people who admire her for the feminist stance she so confidently carries. I thought the ceremony was still very ‘royal’ in nature. It wasn’t like Prince Harry made the entire royal family travel to California for them to get married. They are very much respecting the fact that he IS apart of the royal family and she is marrying into it. I would think it be pretty unfortunate that she would have to strip herself of ALL of her identity to marry into the family. I understand they’re a monarchy and she’s American but I think their willingness to allow some unique aspects into the ceremony makes me love them even more. They have notoriously been seen as stuffy but, Prince William and Harry definitely carry out Diana’s legacy with their love and compassion and I think they are helping to humanizing their family so much more than in years past. I think it’s really cool. When you can feel like you can relate to people, and can see that they’re real human beings, you want to care about the things they care about so I think there are some amazing things to come for this monarchy and the legacy they leave behind.

Overall, I thought their wedding was absolutely gorgeous. I love their love for each other. I live for the exchange of looks they gave each other. I loved the subtle homage’s to Diana in the garden roses throughout the greenery and her long veil. I love what she and Harry stand for and I’m really looking forward to seeing all the good that they do for not only the U.K. but the Commonwealth and the world! My hope that her voice is not quieted by tradition and that she is able to move forward with making sure that the injustices she sees in the world, that she is passionate about seeing change through in, are righted.

Okay, now you’re go … what did you think about today? We don’t have to agree. You’re allowed to see all of this differently! To each their own! Let’s just be respectful of our opinions! 🙂 Leave a comment below! I’d love to hear your thoughts and insights! xo.