I Can’t Stop Wearing These During Postpartum 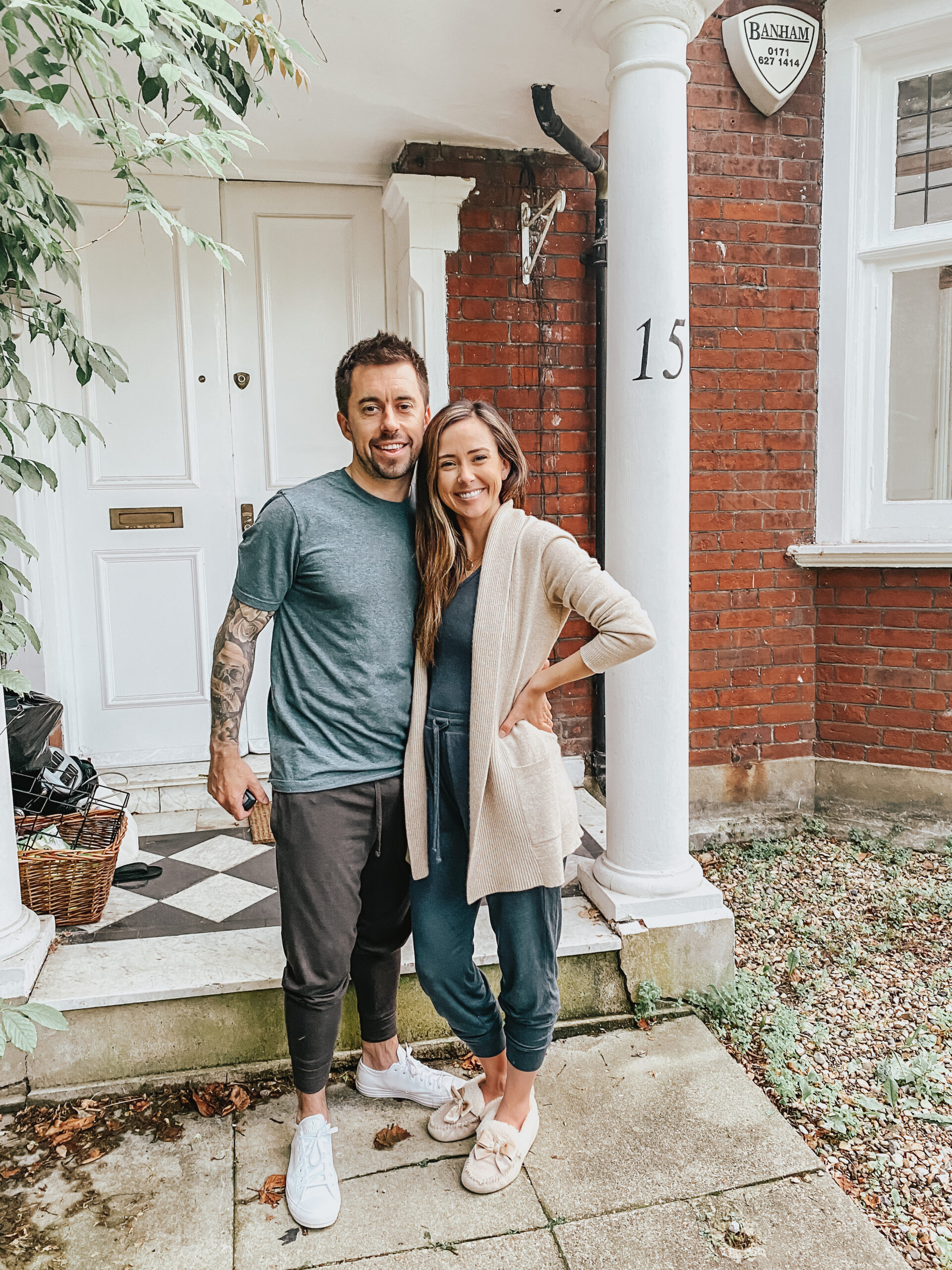 Okay, here we are … I’m finally giving y’all the scoop! Sorry I’ve been actively evading your interest in what is next for us. It’s only because I’ve been waiting to see if anything came up last minute

To catch anyone up who may have missed it, we secured a townhouse back in April that was so much of what we were looking for in a place: 4 bedrooms, new + modern, good area, parking + garden / backyard. Oh, and pet friendly, of course! Well, just before the start of our tenancy agreement during the second week in June, it ended up falling through. It came out of nowhere and was completely baffling. Moreover, it left us feeling anxious being that we had to be out of our current flat at the end of this month. We knew that this was all happening for a reason. We are extremely confident in that but, the truth is, it would take a miracle to find a new place to move into with that kind of timeline.

First, we thought ‘okay, well let’s start looking for a new place … there has to be something that will pop up last minute’. The options didn’t look promising after a few days.

Next, we thought we could potentially ask our landlord for an extension of our lease and stay for another month while we sorted out a new living arrangement. After all, we saw so many people coming in and out of viewings and, in that time, he had two offers fail to go through for one reason or another. We have always had a good relationship with him so we thought that would work out being that he needed more time to find a tenant and we needed more time to find a new place. So, we called him and guess what he said?

He had literally signed a new tenant TWO HOURS BEFORE OUR CALL. He was so sweet about it, saying how he wished I had called him yesterday because he absolutely would have said yes. Ha, it was such a gut punch but, again, I just had to believe that this just wasn’t how the story was meant to unfold for circumstances we can’t see yet.

So, then the tenants that John found for his flat [down near the Surrey / Hampshire border] ended up failing referencing. After exploring their situation a little more, it just seemed like they were risky tenants to approve so, we started thinking we might need to consider moving into the flat being that that option was now on the table.

As time went on, it seemed clearer and clearer that that’s our next step while we look for a place that makes sense for us on a long-term basis. It’s a two-bedroom so we’ll be fine. The only issue that has been – honestly – a bit of a pain point and a source of anxiety for me is the dogs. Fish and Chips aren’t technically allowed to be in the flat building. It’s also on the second floor [first floor, if you’re English] so we will have to take them outside and down stairs multiple times a day and … I’m just really dreading it. I’m trying to be positive about it but … I don’t like going against the rules. It’s not like they’re easy to hide! After talking about it quite a bit … we decided that, since we haven’t been able to do much traveling over the last year, maybe it could be fun to do some road trips throughout the month – or throughout the time we spend in the flat – that way we’re not ALWAYS there. It’ll also be fun for us to get out, switch up our routine, and work on the go. It might be a little stressy at times but fun, too!

In terms of where we land is a mystery at the moment. John would love to end up closer to Surrey, or even Berkshire, but wouldn’t fight it if we found something that fits our needs and budget as long as it’s in South London. I’d be happy in the counties, too, depending on the town, but would love to spend a couple of more years in London, if I had my way. So, we are casting a wide net for a rental place. We are hoping to move into something in August … at the latest September. We are keeping our eyes peeled and looking everyday. We made an offer on a place in Berkshire and, sadly, didn’t get it because it was so sought after and had so many offers. But, we are staying positive and we’ll see what happens.

I’m sure y’all wonder why we aren’t buying. Honestly, we’re trying not to rule it out and keeping an open mind about that. It is what we would love to do but, as you can imagine, when you move to a new country … you kind of start on the bottom of the financial ladder. You don’t have any credit. Any money you’ve saved [and I’ve been SO intentional about saving, especially over the last ten years] is in another country and you worry about moving it over because you don’t want to lose any money in the exchange and then also #taxes. But, we do have such a desire to plant roots. We’d love to buy a beautiful home that needs a little bit of TLC and update it a bit to suit our interior style. And it’d be nice to know we aren’t moving for awhile and putting our money into an investment versus someone else’s pocket. So, we can’t help but think ‘well maybe this is happening because we are meant to buy and not rent’ so we’ve talked to a couple of mortgage advisors. We have heard pretty much what we thought we would hear. There is a bank that would loan to us but I might only be able to contribute to the down payment. My income wouldn’t be able to be considered for the mortgage and, yeah … we just don’t know if we only want one income to be considered. It’s honestly so hard and frustrating because, we’ve both worked really hard to establish ourselves in our careers but, it’s just the nature of our situation so we just have to weigh the pro’s and con’s and weigh out what makes the most sense for us.

So, yeah! We turned in our keys at 15 Mapesbury Road today and closed that little chapter. It’ll always be a special place for me [even though, if I’m honest, I did LOVE the area that much … I loved the house more than anything lol] as it was where I grew my little Louie and where I brought him home. Since there is a bit of a gap in the end of our tenancy and the end of John’s tenants’ tenancy [he has a lady that has lived in his flat for the last year], we decided to enjoy a little getaway in the Cotswolds. We had SUCH a great time when we came in October so we decided to come and do some more exploring in this area. We will head down to stay in an AirBNB close to the flat a couple days before we move in to give us some time to get it cleaned and slowly move things in. We organized all of our boxes with colored tape so only our blue boxes and a few things of furniture will be moved in as we don’t want to get too comfortable there.

So, anyway! That’s the update! Can you tell why I wanted to just write it all out versus try and explain it all on stories? ha! We are so hopeful and excited for the future. We can’t wait to see what’s in store for us! It might be a little stressful and unsettling now but it’s all going to be for good in the end. I know it! xo.